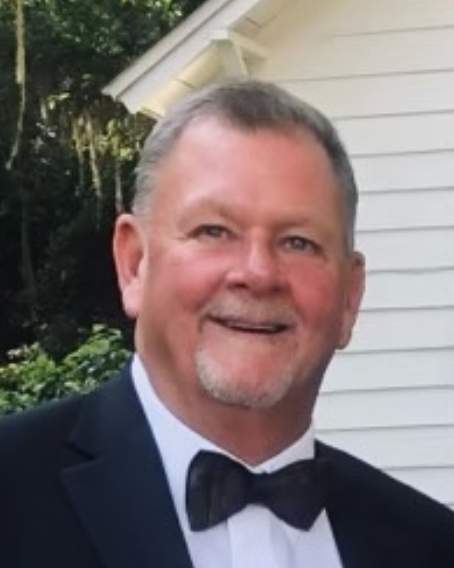 Sandy Stuhr, Jr. was the first-born son of William Sanderson Stuhr and Fonda Wrenn Stuhr. His Father’s namesake: Sandy Jr. or “Little Sandy” came into this world on June 12, 1959 in Charleston, SC.

Sandy, the oldest of four and first grandchild of Mr. and Mrs. J. Harry Stuhr and Mr. and Mrs. Lewis James (“Bo”) Wrenn, was a beautiful toe-headed boy with bright blue eyes favoring the Stuhr men. There was, however, always something of his mother apparent in his expression. Perhaps the way his lashes curled slightly or the way his smile always reached his eyes.

Sandy was a devilish toddler and greeted his new baby brother, Timmy, with a “thunk” on the head using whatever foreign object he could find. Timmy quickly learned many survival skills including being scrappy. Carol and Catherine were born soon after and watched in awe their brothers’ antics.

Growing up in “The Wilds” of Hobcaw Point in Mt. Pleasant gave Sandy access to creeks, boats, a pool, the woods and all the mischief and activity a bright hyperactive boy needed. His Father instilled in him early on a love of the outdoors through fishing, hunting and spending time on the water. Sandy took his turn at organized sports, boxing, and swimming. He showed true grit and endurance in all of these. He swam for the Hobcaw Swim Team and was recruited by The Snee Farm Swim Team.  Sandy was known for his refusal to wear a swim cap and excelled at the butterfly; using his athleticism to make even the most difficult stroke look effortless.

As a teen, Sandy challenged authority at school and at home. Either in his Levi’s and flip flops or his Birdwell’s, with his rebellious long hair - playing by the rules was never his style. His wrecked cars, sneaking out, swimming across the Wando River, climbing up flagpoles at school, smoking, drinking, fighting, and enduring a few brushes with “The Law” nearly drove his parents crazy.  He was fearless and a bit of a bad-ass to his peers. Butting heads with his Father but always sweet to his Momma, Sandy fought often with his brother Timmy but loved him deeply. For Carol and Catherine, having a fiercely protective “Big Brother” who paved the way, no matter how unruly, gave them a certain confidence and security going through their school years and entering the world.

Sandy’s disdain for authority subsided eventually but his energy, drive, and love for life never did.

He completed Gupton Jones College of Mortuary Science, became a husband and father, and joined his family’s business in 1980 representing the fifth generation to do so.   Over the course of 40 + years Sandy provided leadership in many capacities at his family’s business. He was loved by his co-workers for his professional knowledge, spirit, true heart, humility, and humor. He wanted the families served by Stuhr Funeral Home to be cared for in the best way possible; if not so - he was a force to be reckoned with.

Despite what some may have seen as a rough exterior, Sandy had the rare ability to truly empathize with those who had experienced a loss. If you know funeral service, this is both a blessing and curse. This caring heart and genuine soul helped Sandy appreciate and utilize to the fullest every
opportunity he was allowed to enjoy the things and people he loved. He loved taking care of others in every aspect of his life, it was simply who he was. One of his greatest pleasures was sharing his love and expertise of fishing or hunting with someone else; their success made him happy. Although with his skillful left-handed wing shot, Sandy’s bird-hunting companions often witnessed him make some shots they would not have even considered trying.

He was an accomplished fisherman “on the fly” as well as in-shore and off-shore. Hunting quail, deer, and maintaining the grounds of his (family’s)  beloved Pinetop gave him peace and solace. He started and ended his days with the companionship of his black Lab Jazz and his rescue hound Pearl. Sandy’s appreciation for the outdoors and all its wildlife went hand in hand with his faith and
reverence for all God had created.

Everything Sandy did was full throttle, he simply couldn’t do it any other way. He lived more in his 63 years than most people do in a full lifetime. He was a rare, generous and “real” human being who operated in extremes in the most beautiful and entertaining way.

For so many of us, the loss of his earthly presence will leave an unfillable void, but the essence of who he was and how his warm-heartedness made us feel, will never leave us.

A loving husband, father, grandfather, and especially dedicated son to Big Sandy, brother, uncle and friend; if he was in your life you were blessed by his mischievous smile, loyalty, and big heart.

Sandy and his wife Lynne found great friendship and camaraderie in their Berkeley Run Community where they lived with (granddaughter) Sophie.

Sandy loved the Lowcountry and sincerely believed in
serving his community with his time and talents. He was a member of Etiwan Masonic Lodge, The Exchange Club of Charleston, The Executive Association of Greater Charleston, The German Friendly Society, Hibernian Society, SCFDA, NFDA and Selected Independent Funeral Homes.   He was Past President of the Rotary Breakfast Club of North Charleston.

Sandy is survived by: his wife Lynne of Moncks Corner, his father, W. Sandy Stuhr of Sullivan’s Island, his son William Sanderson Stuhr III (“Trey”) and daughter, Courtney Stuhr both of Richmond, Va. and step-son Gary Russell of O’Fallon, Missouri.

He was preceded in death by his grandparents, his loving and patient mother, his in-laws Jim and Carol Maynard, and his brother, Timmy Stuhr.

To order memorial trees or send flowers to the family in memory of William Sanderson "Sandy" Stuhr, Jr., please visit our flower store.