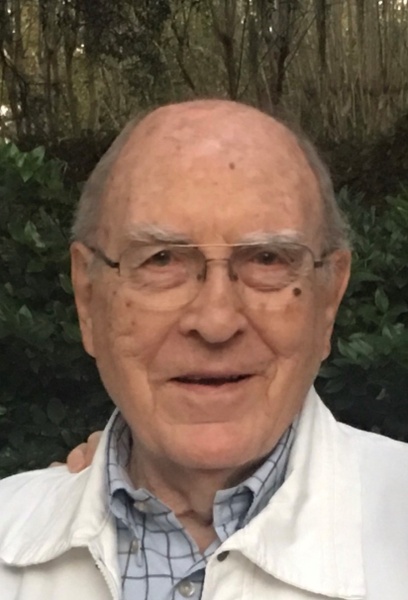 William Paul Lea, Jr., 91, of Mount Pleasant, South Carolina, beloved husband of Elizabeth Stephens Lea, entered into eternal rest Tuesday, July 5, 2022. His funeral service will be held July 12th in Charleston, South Carolina and his interment will be in Lynchburg, Virginia at a later date to be determined.  Arrangements by J. Henry Stuhr, Inc. Mount Pleasant.

Bill was born July 10, 1930, in Lynchburg, Virginia, son of the late William Paul Lea, Sr. and Mallie Estelle Miles Lea. He met the love of his life, Elizabeth Stephens, at EC Glass High in Lynchburg. Elizabeth was with him through it all - as he played football and baseball for Duke University, endured bootcamp at Parris Island and served as a Marine in the Korean War. When he returned from Korea they moved back to Virginia where he attended dental school at the Medical College of Virginia.  Bill practiced dentistry in Lynchburg  for 43 years.   He was a deacon at Quaker Memorial Presbyterian in Lynchburg and served 8 years on the Lynchburg Public School Board and was active in the tennis community.  Bill was a member of the Virginia Sports Hall of Fame.  He will be remembered by his family as the best husband, Daddy, and Papa, and by all who loved him for being a sweet, kind, humble and generous soul.
He is survived by his wife of 68 years, Elizabeth Lea; daughter, Paula Lea Kuyk (James); and grandchild, Grace Elizabeth Kuyk.

He is preceded in death by his parents William and Mallie Lea.

In lieu of flowers, memorials may be made to a charity of one's choice.

To order memorial trees or send flowers to the family in memory of William Paul Lea, Jr., please visit our flower store.
Send a Sympathy Card