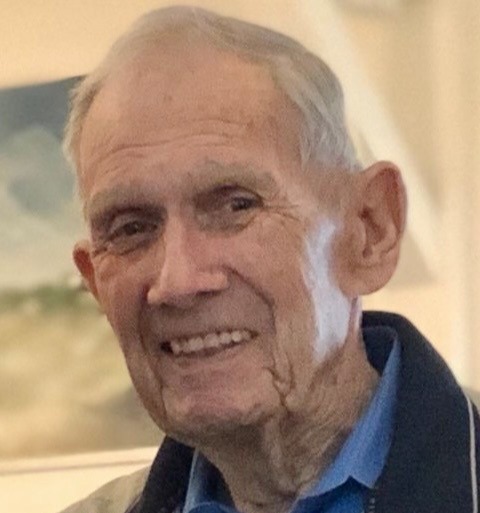 William Edward Carter, 94, of Yonges Island, South Carolina, husband of Leslie King Carter, entered into eternal rest, with his family by his side, on Monday, June 20, 2022.  His funeral will be held at the graveside on Wednesday, June 29, 2022 in Bethany Cemetery, 10 Cunnington Avenue at 10:00 am. The family will greet friends after the service. Arrangements by J. Henry Stuhr, Inc. West Ashley Chapel.

William (Bill) was born April 15, 1928 in Charleston, South Carolina, son of the late Dalton Edward Carter and the late Lucile Baker Carter. He enjoyed hunting, fishing, gardening, bowling and travel. He was a Golden Glove Boxer and an avid professional baseball fan. William coached his sons from Small Fry through Pony League. He was a Charter Member of Martin Luther Evangelical Lutheran Church. He began his career as an Electrician with various electrical contractors. In 1948, he was employed with Humble Oil & Refining Co.and then in 1967 he was employed by Charleston Naval Shipyard in the Instrument Room in Shop 67 and as the Supervisor of the Radiac Department. Prior to his retirement in 1990,  he was the Department Supervisor of Crypto Repair requiring Top Secret Clearance. William was a Lifetime Member of the B.P.O. Elks, Lodge 242, and a member of the Charleston Rifle Club. He was a Master Mason, Pythagorean Lodge 21 A.F.M.; also a Shriner, Omar Temple.

Flowers will be accepted or memorials may be made to the Martin Luther Evangelical Lutheran Church, 1605 Harbor View Road, Charleston, SC, 29412.

To order memorial trees or send flowers to the family in memory of William Edward Carter, please visit our flower store.
Send a Sympathy Card