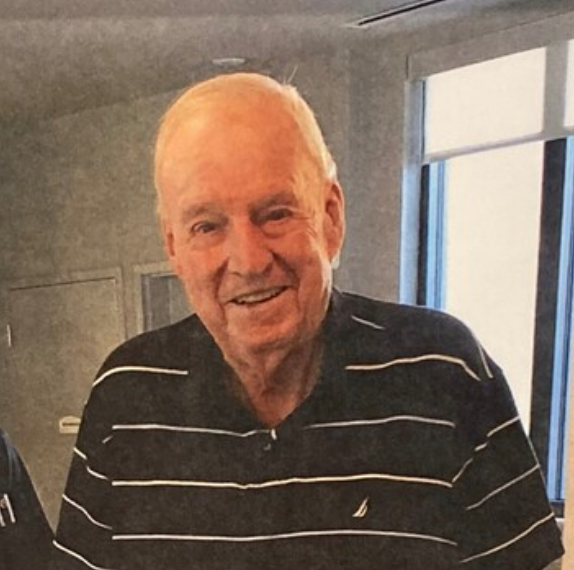 William was born October 24, 1937 in Champaign, Illinois, son of the late Roy Ernest Apperson and Mary Carter Apperson.  A veteran of the U.S. Coast Guard and the first in his family to attend college, he graduated from the University of Illinois in 1963 with a bachelors degree in business.  His career began in Purchasing for Armstrong. In 1968 he began work with Parke-Davis/Warner Lambert and advanced quickly through Purchasing and Operations and then into General Management. He was named President of Professional Medical Products and went on to lead Berchtold Corporation and Trumpf Medical until his retirement in 2003.

Bill was beloved by all who knew him and he was famous for his quick wit, his endless charm and his exuberant love of life. A teller of tall tales and master of practical jokes, his blue eyes sparkled brightest when he was driving just a little too fast or telling a naughty joke. Bill was a loving and generous father, adoring husband, doting grandfather, rock solid friend and a shameless spoiler of cats and dogs. He will be missed terribly by his son, Michael William Apperson (Christina) of Palm City, FL and Franklin, TN; his daughters, Julie Anne Pegram (Jeff) of Mt. Pleasant, SC and Karen Apperson Wiggers (Robert), also of Mt. Pleasant, SC; six grandchildren, Bryan Apperson, Emily Apperson, Kayla Pegram, Matthew Pegram, Kelly Grace Pegram, and Jenna Wiggers; and one great-grandchild, Emoree Knight.

Memorials may be made to the Alzheimer’s Association at www.alz.org .