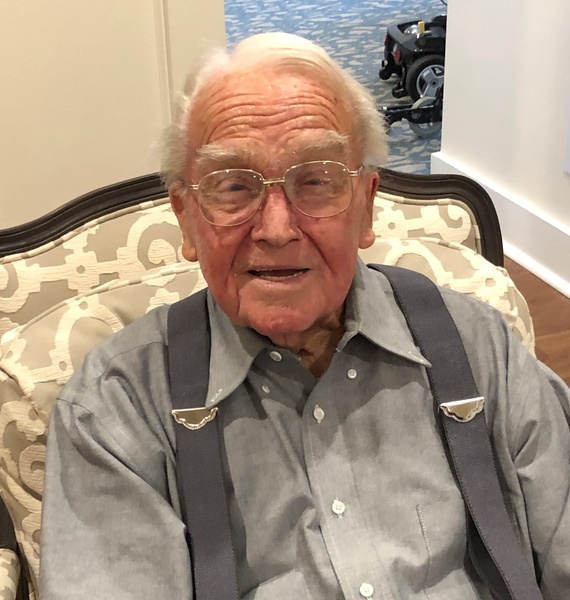 Walter Dewey Martin, Jr., 93, of Charleston, South Carolina, husband of the late Margaret "Poggy" Crosby Martin, entered into eternal rest Saturday, June 25, 2022. It seems poetic that Walter and Poggy were reunited on the day that would have been their 73rd anniversary. His Funeral Service will be held Saturday, July 2, 2022 in J. Henry Stuhr Inc. Downtown Chapel, 232 Calhoun Street at 11:00 a.m. Interment will follow in Carolina Memorial Gardens. The family will receive friends Saturday in the Downtown Chapel from 10:00 a.m. until the time of service.

In addition to his wife, Walter was predeceased by his granddaughter, Hannah Kathryn Warren, son-in-law, Clifford Short, and grandson-in-law, Joshua Molgaard.

Walter was a proud Bantam who graduated from Charleston High School in 1948 where he played baseball and football. As newlyweds he worked at Taylors Menswear while Poggy worked at the children's shop "Little Town." They would often be seen strolling together on King Street. Walter retired after working many years on the waterfront at Carolina Shipping Company.

He especially loved family gatherings, Poggy's cooking, a competitive game of horse shoes, The Citadel and playing golf. Walter and Poggy took many cruises over the years including one with the entire family to celebrate their 50th wedding anniversary.

In his younger years, he was a member of Windsor Baptist Church and Hillcrest Baptist Church. Later, Walter was an active member of Northbridge Baptist Church for over 40 years where he served as a deacon, was active in his Sunday school class, and sang in the choir.

Walter was affectionately know as "Papa" to family and friends who loved him. He had many "Papa-isms" and quite a sense of humor as suggested by his welcome mat that read "Go Away." He was dearly loved and will be forever greatly missed.

The entire family wishes to express their gratitude to the staff of Roper Hospice Cottage of Mt. Pleasant for their compassionate care.

To order memorial trees or send flowers to the family in memory of Walter Dewey Martin, Jr., please visit our flower store.
Send a Sympathy Card