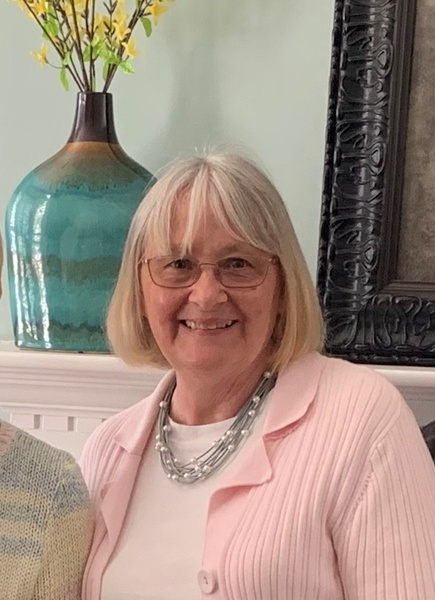 Ginny was born February 22, 1950, in Chippewa Falls, Wisconsin, daughter of the late Bruce and the late Dolores (Flesch) Henneman.  Ginny attended University of Wisconsin at River Falls where she was a proud member of the Gamma Phi Beta sorority.  In 1972, Ginny earned a bachelor’s degree in journalism and political science.  Shortly after graduation, Ginny married Chuck on August 19, 1972.  Ginny and Chuck established a home in Elmhurst, Illinois where they welcomed their only child, Sarah Catherine.  Ginny worked in the insurance industry most of her career; she was a claims specialist, subrogationist and arbitrator.  She retired on December 31, 2019, after a 25-year employment with Wheels, Inc.  Ginny was involved with the Elmhurst Jaycees and an active member and lector at Mary Queen of Heaven Catholic Church.  After 41 years in Elmhurst, Ginny and Chuck followed their daughter Sarah and her family to Mount Pleasant, South Carolina in April 2016.

In Mount Pleasant, Ginny joined East Cooper Newcomers Club.  Ginny was an active participant and leader in many groups including book club, cocktail club, couples dine out, and lunch out ladies.  Ginny served on the board of directors and was editor of the monthly newsletter.  Ginny found a new church home at St. Benedict Catholic Church where she again lectored many Sundays.

Ginny cherished her family, especially her grandchildren.  She was delighted to host and entertain friends and family.  Ginny had a passion for travel. In recent years, she traveled with Holiday Vacations to Australia, Scotland and Ireland, Glacier and Yellowstone National Parks and most recently a cruise down the Rhine River then onto Paris and the beaches of Normandy.  Ginny will be remembered for her faith, her loving smile, and her willingness to help.

To order memorial trees or send flowers to the family in memory of Virginia Louise Dolesy, please visit our flower store.
Send a Sympathy Card