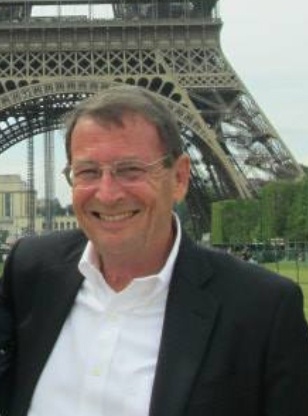 On July 27, 2022, Thomas Morton Haugen died unexpectedly of a stroke in Charleston, SC. He was 80 years old.

Tom is survived by his beloved wife Connie of 62 years; their children, Anthony (Linda) of Naperville, Illinois; Patrick (Jennifer) of Charleston, South Carolina; and Cynthia Hale (Adrian) of Morrison, Tennessee; and a brother, Terrance Fisher of Palm Springs, California, and 10 grandchildren and 13 great-grandchildren and counting. He was preceded in death by his parents and his son Jason Matthew.

Tom was born on October 19, 1941 in Freeport, Texas and grew up in southern California.

He acknowledged his life changed for the better when he met Connie through a mutual friend. They married in 1960 and welcomed Anthony and Patrick later that year, Jason in 1963, and Cynthia in 1971.

Tom’s successful career began at a Sears store in Buena Park, California when he was in his early 20’s. He accelerated through the ranks, and was promoted to Department Manager. In 1967, he was transferred to Sears’ headquarters in New York City. His career continued to flourish as he traveled the world as a watch and apparel buyer. Following his time with Sears, he worked in global sourcing for several companies. Tom and Connie spent 17 years living in Hong Kong and traveling extensively throughout Asia. He was active in Business for Social Responsibility, an organization devoted to helping companies ensure their products are manufactured in compliant factories. Tom retired in 2009 as President/Executive Director of Li & Fung USA to Kiawah Island, SC.

Reliable and generous, Tom had a vigorous appetite for books and travel. He and Connie, his partner in adventure, cruised the Nile, sailed the British Virgin Islands, and explored Switzerland, Turkey and Greece. He delighted in showing his grandchildren his favorite spots in Europe.

Tom was an avid tennis player, playing twice a week up until his death.

A memorial service will take place on Friday, August 26, 2022 at 2:00 p.m. at J. Henry Stuhr Funeral Downtown Chapel, 232 Calhoun Street, Charleston. In lieu of flowers, the family requests that donations be made to the Sea Island Habitat for Humanity, 3304 Maybank Hwy, Johns Island, SC 29455.

To order memorial trees or send flowers to the family in memory of Thomas M. Haugen, please visit our flower store.
Send a Sympathy Card