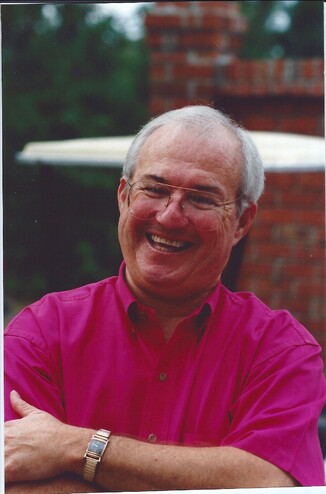 Church of the Good Shepherd

Thomas Billy Daniels, 81, of Charleston, South Carolina, husband of Sandra Pendarvis Daniels, entered into eternal rest on Saturday, April 9, 2022. His Funeral Service will be held on Thursday, April 14, 2022 in the Church of the Good Shepherd, 1393 Miles Drive, at 11:00 am. Entombment will follow at Live Oak Memorial Gardens. The family will receive friends on Wednesday, April 13, 2022 from 5:00 pm to 7:00 pm at J. Henry Stuhr Funeral Home, West Ashley Chapel, 3360 Glenn McConnell Parkway.

Thomas was born October 12, 1940 in Galivants Ferry, South Carolina, son of William Daniels and Isla Mae Elvis Daniels. After his father died, Thomas was raised by his mother and stepfather Burroughs Rabon. He graduated from Aynor High School and served as president of the Future Farmers of America during his high school years. He was a Mason and a member of the Omar Shrine Temple, a member and former chairman of the Charleston County Planning Board, and a member of the Charleston Elks Lodge.

Thomas’s passion for enterprising ventures led to his lifelong career as a dynamic entrepreneur. Thomas was a Nationwide insurance agent for 45 years; he bought, sold, developed, and managed real estate. He delved into the media industry initially by starting a billboard company, and later on he purchased and cultivated radio and television stations. He loved starting new businesses, some of which included: a finance company, a tea company, and a dirt mining company. Thomas’s love of cars inspired him to get into the car business, and he owned and operated a car dealership for over 40 years.

Above all, Thomas was a caring and loving husband, father, brother, and friend.

Memorial donations may be made to the National Psoriasis Foundation, the Parkinson’s Foundation, or a charity of your choice.

Church of the Good Shepherd