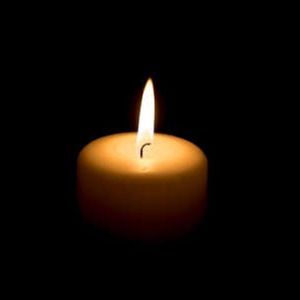 Russell was born July 6, 1968 in Alexandria, Virginia, son the late George Thaddeus Williams. and Mildred Russell Williams. Russell's parents returned to their home state of South Carolina when Russell was a young boy after his father left his post at the Justice Department. Russell spent his childhood between Clinton and Spartanburg, the home of his grandparents, with whom he was particularly close. Russell was the grandson of The Honorable Donald S. Russell, former Governor, US Senator, and President of the University of South Carolina. Russell went on to graduate high school from the Canterbury School in Connecticut, but he returned to the state he loved for college, and he completed his undergraduate degree at the University of South Carolina. He went on to receive his MBA and Law Degrees from American University in Washington, DC.

Anyone that knew Russell will remember his love of life, his laughter, and his loyalty. Always the champion of the underdog, there was no challenge he was not willing to tackle, and he would do so with 100 of his being. Once described by one of his friends as "the most interesting friend that I have," Russell was truly unique. He was an entrepreneur, an athlete, a history and political buff, a car enthusiast, and a connoisseur of eclectic music. Russell had the most amazing group of friends that spanned each phase of his life, which spoke to his character, and his generosity touched many.

The family will receive friends at a Celebration of Life on Wednesday, April 6, 2022 from 5:30 p.m. until 7:30 p.m. at the Country Club of Charleston. A funeral service is to be held in the J. Henry Stuhr, Inc. Downtown Chapel on Friday, April 8th at 10:00 a.m. (attendance will be limited), to be followed by a burial ceremony at the Elmwood cemetery in Columbia, SC at 2:00 p.m.

In lieu of flowers, donations may be made in Russell Williams' memory to the UF Foundation, PO Box 100243, Gainesville, FL 32610. Donations will be used for ALS research at the UF Fixel Institute for Neurological Diseases. Online donations are also accepted at fixel.ufhealth.org http://fixel.ufhealth.org/." Gifts can also be made to the Dean Williams F. Putnam Scholarship Fund at the University of South Carolina. Checks can be made out to the USC Business Partnership Foundation and please include William F. Putnam Scholarship in the memo. The mailing address is the following: USC Business Partnership Foundation, 1014 Greene Street, Columbia, SC 29208.

To order memorial trees or send flowers to the family in memory of Thaddeus Russell Williams, Esq., please visit our flower store.
Send a Sympathy Card