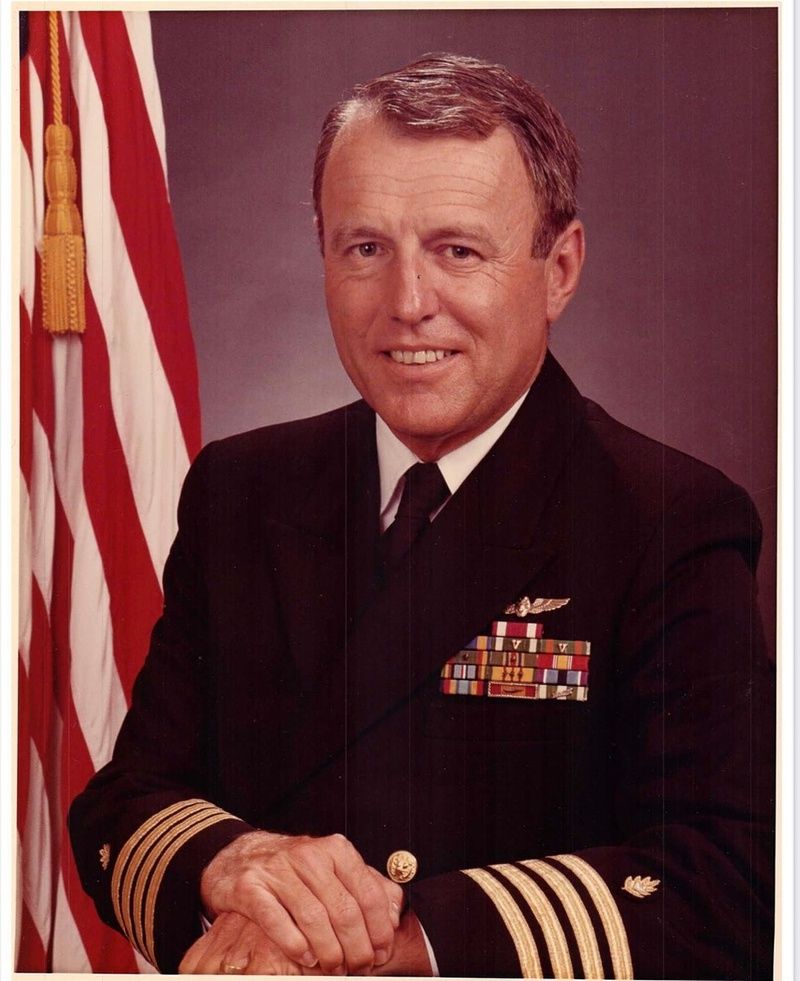 Taylor Irving Cook of Mount Pleasant, South Carolina, a physician who spent 30 years in the Navy Medical Corps, died peacefully on Monday, March 7, 2022, after a long illness, with his wife of 47 years, Patricia Ann Cook, at his side.

Dr. Cook was born March 4, 1937, in Providence, Rhode Island, and was the eldest son of Byron Forest Cook and Dorothy Gladys Taylor Cook. He earned a Bachelor of Arts from the University of Rhode Island and an MD from the University of Vermont. Following graduation from medical school in 1965, he completed his internship at National Navy Medical Center in Bethesda, Maryland. He then served two tours of duty as a Navy Flight Surgeon during the Vietnam War from 1966 to 1968 aboard the USS Coral Sea and the USS Ranger. Upon his return, he completed a general surgery residency and critical care fellowship at Naval Hospital, San Diego, California. From 1972 to 1984, he served in multiple roles in the Navy including as an attending surgeon at Naval Hospital, Long Beach, California; Medical Director of the Third Marine Air Wing in El Toro, California; Senior Flight Surgeon on the USS Franklin D. Roosevelt; Chief of Surgery at Naval Hospital, Jacksonville, Florida; and Executive Officer of Naval Hospital, Oakland, California. From 1984 to 1986, he was the Commanding Officer of Naval Hospital, Charleston, South Carolina, a role that he considered one of the highlights of his career. He served in Operation Desert Storm, where he led in-theater Navy medical support, from 1990 to 1991. Upon his return, he led a demonstration project for the Civilian Health and Medical Program of the Uniformed Services (CHAMPUS), which later became Tricare for Life. Following his retirement as a Captain, Navy Medical Corps, in 1992, he served as the Medical Director for government programs at Blue Cross Blue Shield of South Carolina until his retirement in 2004.

He was an avid yachtsman and a lover of dogs. While he remained a staunch New Englander, he had great fondness for the Lowcountry and was happy to make his home in the Charleston area for close to 40 years.

He is an inspiration to his family for his dedicated service to his country, his care and compassion for his patients, and his efforts to increase access to and quality of healthcare for both active-duty military personnel and veterans. He was a wonderful husband, father and grandfather and will be immeasurably missed.

In addition to his wife, Patricia, Dr. Cook is survived by his son Sprague Cook and daughter-in-law Gabriella Cook; his son Christian Cook and daughter-in-law Kristina Cook; his daughter Allison Cook Reaves and son-in-law Avery Reaves; and his grandchildren Angelica Cook, Alexander Cook, Rebecca Cook, Christian Cook and Annabelle Reaves. He is predeceased by his parents and his brother, Lewis Byron Cook.
His funeral service will be held on Friday, March 18, at 2:00 pm at Grace Church Cathedral, 98 Wentworth Street. Entombment with military honors will be held at a later date at the Grace Church Cathedral Columbarium. Arrangements by J. Henry Stuhr, Inc., Downtown Chapel.

In lieu of flowers, memorial gifts in honor of Dr. Cook may be made to Grace Church Cathedral, 98 Wentworth Street, Charleston, SC 29401.
To order memorial trees or send flowers to the family in memory of Taylor Irving Cook, please visit our flower store.