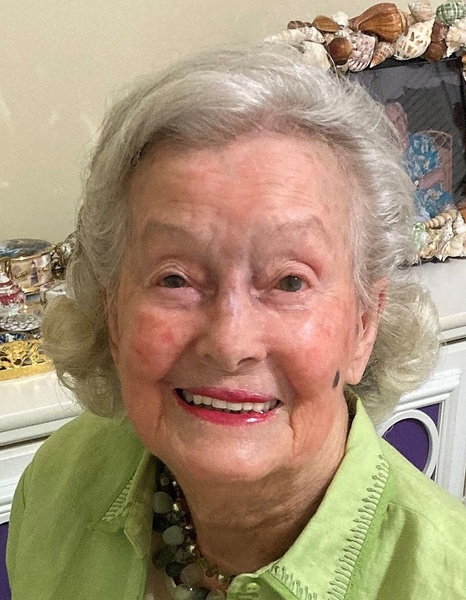 Ruby was born January 24, 1924, in Georgetown, South Carolina, daughter of the late James Rawls and Carrie Huggins Rawls. She married the love of her life, Loyal Wesley Williams on September 11, 1946, and became Ruby Rawls Williams. Ruby and Loyal were active members of the Ashley River Baptist Church for 16 years, and were a big part of the church community. They were married for 70 years until the death of Loyal Wesley Williams on October 13, 2016.

Ruby always wanted a college degree, and on May 25, 1968, she graduated with honors from the University of South Carolina, Coastal Campus. During her experience she discovered she could draw; from there she took art classes and loved the concept of watercolor. The next thing we knew, her paintings were placed in galleries and selling.

On July 14, 2004, the Post and Courier wrote, "Ruby has been highlighting Charleston for many years with her beautiful paintings of basket weavers, flower vendors, house and walkways and herons and egrets. As one of the Sunday Artists who exhibit at the Clowns' Bazaar on Broad Street, she is one of the city's most successful watercolorists especially sought after by many visitors to our city who want to take home a little touch of Charleston. She enjoyed being part of the Lowcountry and had been a member of The Garden Club of Charleston, Charleston Artist Guild, and The Gibbs Museum of Art.

Ruby was picked to light the new bridge (The Ravenel Bridge of Charleston). What honor she felt and was so excited to be part of such an historical moment on July 7, 2004. It was a magical night with a 30-minute firework show and then she turned on the lights for all to see.

Ruby loved the beach, the ocean (even though she could not swim), and long walks picking up seashells to make lamps, mirrors and such. Over the years our family has had many wonderful memories at Springmaid Beach, Pawleys Island and Litchfield where they lived for thirteen years, before moving to Charleston, SC.

Oh, what great times we had with the Williams and Rawls families all through the years having family reunions. Those memories will last a lifetime for Westley, Suzanne, and Pam.

Mom made sure our family always had a vacation and took us on many memorable trips across the USA.