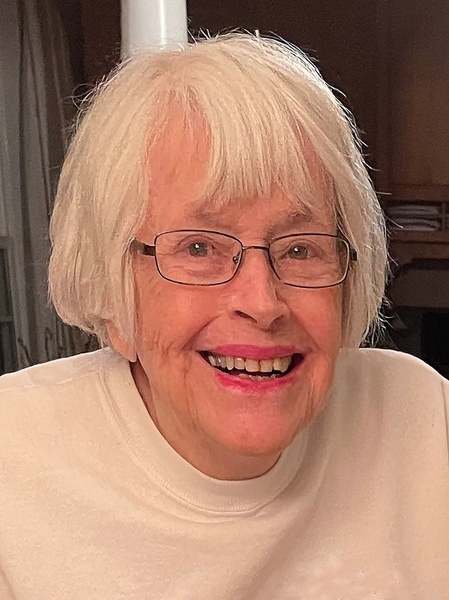 Rosemary Munson Turchi, 90, died on January 27, 2022, in Mt. Pleasant, South Carolina. The younger daughter of the late Ray and Besse Baird Munson, she was born in Terre Haute, Indiana. on October 19, 1931, and lived in Clinton, Indiana until age 20. She was a 1949 graduate of Clinton High School and of Indiana State University, where she earned an AB in French in 1954. That same summer, she married her high school classmate John Turchi, who had just completed his degree at Purdue University School of Pharmacy. They began married life in Martinsville, Indiana, where Mrs. Turchi taught at the high school and Mr. Turchi began his studies in Bloomington at the Indiana University School of Dentistry. The following year they moved to Brownsburg, where Mr. Turchi continued his graduate studies at the IU Indianapolis campus and Mrs. Turchi taught sixth, seventh, and eighth grade language arts at Clermont Elementary School.

Following Dr. Turchi's completion of his DDS degree, the couple moved to Crawfordsville, IN., where he began his practice. During their early years there, Mrs. Turchi was a housewife and volunteered for various organizations. In later years, she was part of the staff in her husband's office. They both retired in 1995, and in 1997 they moved to Mt. Pleasant to be near their granddaughters.

In Crawfordsville, Mrs. Turchi was a member and president of Tri Kappa and of the Current Events Club; chapter chairman of the Montgomery County Chapter of the American Red Cross, of which she served as recording secretary for several years and as a board member for over 25 years; and a member of the Crawfordsville Art League, Athenian, and Christian Nursing Service board.

While living in Mt. Pleasant, the Turchis were active volunteers with Friends of the Library, Low Country Food Bank, and RSVP, which coordinates retirees' volunteer service to the community.

Surviving are her husband of 67 years; a son, Kenneth (Dax Cabell), and a daughter and son-in-law, Judith and Steven Sierko, all of Mt. Pleasant; two granddaughters, Alexandra of James Island, SC and Emily of Mt. Pleasant; a nephew, Mark Collins (Martha) and their children Stephen (Christina), Scott (Brooklyn), and Sarah Dills (Caleb); a niece, Martha Collins Cook (Philip) and their children Michael (Lauren) and Rachel Lambert (Chris); a niece, Marilyn Collins Bennett (David) and their children David (Kristin), Daniel (Kelly), Nicholas, Michelle, and Elizabeth; two great-grand-nephews, and a great-grand-niece. Also surviving are special cousins Lynda and Charles Huppert, Burtonsville, MD. (originally from Indianapolis); their daughter and son-in-law Angie and Tracy Lawry and son Hunter, all of Silver Spring, MD.; and a cousin, Barbara Turchi Dorfmeyer and her husband, Leroy, and family, Villa Grove, IL.
Mrs. Turchi was preceded in death by her parents, her husband's parents, Mr. and Mrs. Cecil Turchi, her sister and brother-in-law, Dr. Milton E. and Marian Collins, and several aunts, uncles, and cousins.

In lieu of flowers, the family requests contributions to the Montgomery County (IN) Community Foundation, the Lowcountry Food Bank, or the charity of the donor's choice.
To order memorial trees or send flowers to the family in memory of Rosemary Munson Turchi, please visit our flower store.