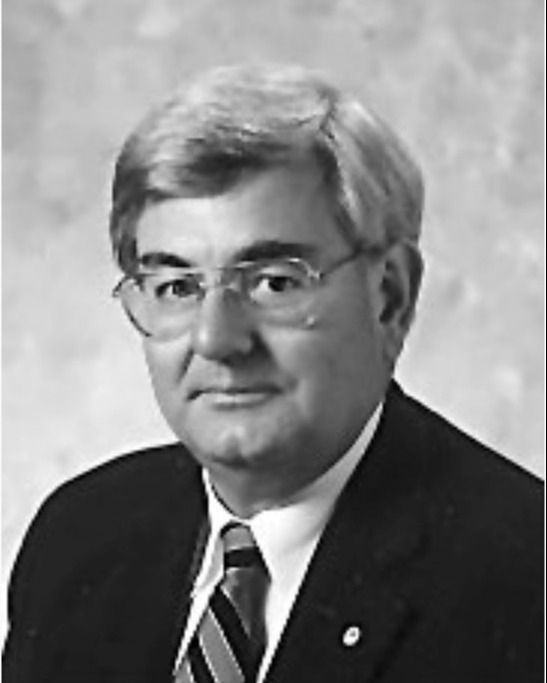 Ronald "Ron" Calhoun Fulmer, Sr., passed away peacefully on January 20, 2023, surrounded by his family who loved him beyond measure. Ron was the patriarch of his family, a center of gravity for his children and grandchildren who always received his unconditional love and acceptance. He was a strong and loving presence throughout their lives.

Beyond his family, Ron loved people in general.  He was an outgoing, gregarious person who never met a stranger. As one of his good friends described Ron, “he could make conversation with a wall!”  Ron treated everyone with respect.  He was an easy person to open up to, and people often shared things with him that they might not have told others. Ron was a strong and tough-minded man but with a kindness and gentleness that drew people to him.

Ron lived a life of service to others.  First, he served  his country as an Army officer in war. Later, he served the public as an elected official. Throughout his life, he worked to support his beloved home church, St. John’s Lutheran Church in Charleston, serving as President of the Church on three separate occasions. Ron was a relentless contributor to a number of charities, often commenting about how so many people needed help in their lives. In short, he lived his life in a way that allowed others to see his deep faith in God and in His Son, Jesus Christ, a faith that carried Ron through war and many other challenges in life including his most recent illness.

Ron was born in Columbia, SC, in 1945, but grew up in the West Ashley area of Charleston. He often referred to himself as “a dumb old country boy from Charleston” without a hint of irony.  In reality, of course, he was neither; but his saying reflected his humble way of describing himself. Ron attended public schools in Charleston, graduating in 1963 from St. Andrews High School.  He followed his older brother, Dick, in attending The Citadel and graduated from that institution in 1968.

Ron then answered the call to serve his country in the military as did many of his Citadel classmates.  Ron was a First Lieutenant in the Vietnam War and was decorated for his actions in combat, receiving a Bronze Star with Valor with two Oak Leaf Clusters as well as the Army Commendation Medal with two Oak Leaf Clusters.  After his tour in Vietnam, Ron was one of a handful of lieutenants selected to teach military tactics at West Point to cadets who would be shortly deploying to the war.

Although he valued and appreciated his military experience, Ron left the Army to work in the private sector, first working for a large textile company in New York. After a few years, Ron decided to move back to Charleston with his young family. He began another career as the part-owner and manager of a small manufacturing company, Triple S Wholesale.

Ron had a lifelong interest in history and politics. In the late 1980’s, he ran successfully for a seat in the SC House of Representatives, proudly representing District 119 in Charleston County. As a member of the House, Ron served on the Education Committee and later on the Ways and Means Committee. Ron served three terms in the SC House and retired from the House to run for Mayor of Charleston against then-Mayor Joe Riley.

After an unsuccessful run for Mayor, Ron left public office and started his own government relations business, Fulmer Public Relations, Inc. Later, he entered into a lasting partnership with John C. West, Jr., one of his closest friends.  They worked together for many years as State Capitol Group, LLC., until Jack’s death in 2020.

Throughout his professional life, Ron valued his independence.  Other than the Army and a short period in New York, Ron was always  his own boss. This attribute of his personality carried over to his political career as he prided himself in voting according to his constituents’ best interests and his own conscience, not always following the dictates of party leadership. To him, serving in elected office was a sacred honor and responsibility.

Ron received many accolades and awards during his life. He was particularly proud of his Honorary Doctorate from his alma mater, the Citadel, and his Honorary Doctorate from the College of Charleston, where his oldest granddaughter is currently a sophomore. He was also a proud recipient of the Order of the Palmetto, the highest civilian honor in the State of South Carolina.

A memorial service for Ron will be held on Saturday, January 28, 2023, at 11:30 a.m. in St. John’s Lutheran Church, 5 Clifford Street, Charleston, SC. It will be followed by a reception in the church social hall to allow Ron’s family time to thank all who attend the service celebrating Ron’s life. Arrangements by J. Henry Stuhr, Inc. Downtown Chapel.

To order memorial trees or send flowers to the family in memory of Ronald Calhoun Fulmer, please visit our flower store.