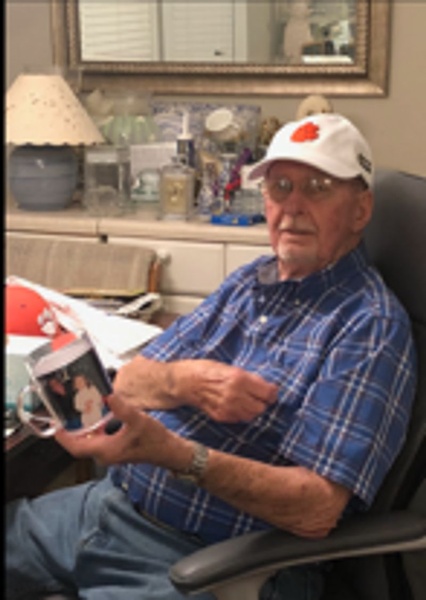 Robert was born June 8, 1931 in Atlanta, Georgia, son of the late Richard Henry Sams and Agnes Moore Sams. He was predeceased by one brother, Hal. Robert was a veteran, having served in both the United States Navy and the United States Air Force. He was a past member of the Charleston Elks Lodge and also the James Island Yacht Club. Bob greatly enjoyed the game of golf and played many area courses over the years. He worked for many years as a Regional Sales Manager for Unocal Oil Corporation, up until his retirement, which then happily allowed for more golf days. Having grown up in Georgia, he was a big fan of the Atlanta Falcons and the Atlanta Braves, and also enjoyed following and supporting Clemson University football.

He is survived by his daughter, Susan Townsend ( Bobby); granddaughters, Ashley Townsend and Allyson McGuiness ( Chris) and great-grandchildren, Easton, Milly, and Elouise McGuiness.

The family would like to thank the wonderful caregivers at Indigo Hall Assisted Living , PHC Home Health, and Regency SouthernCare Hospice.

Memorials may be made to The American Cancer Society or The Alzheimer's Association.
To order memorial trees or send flowers to the family in memory of Robert Judson Moore Sams, please visit our flower store.