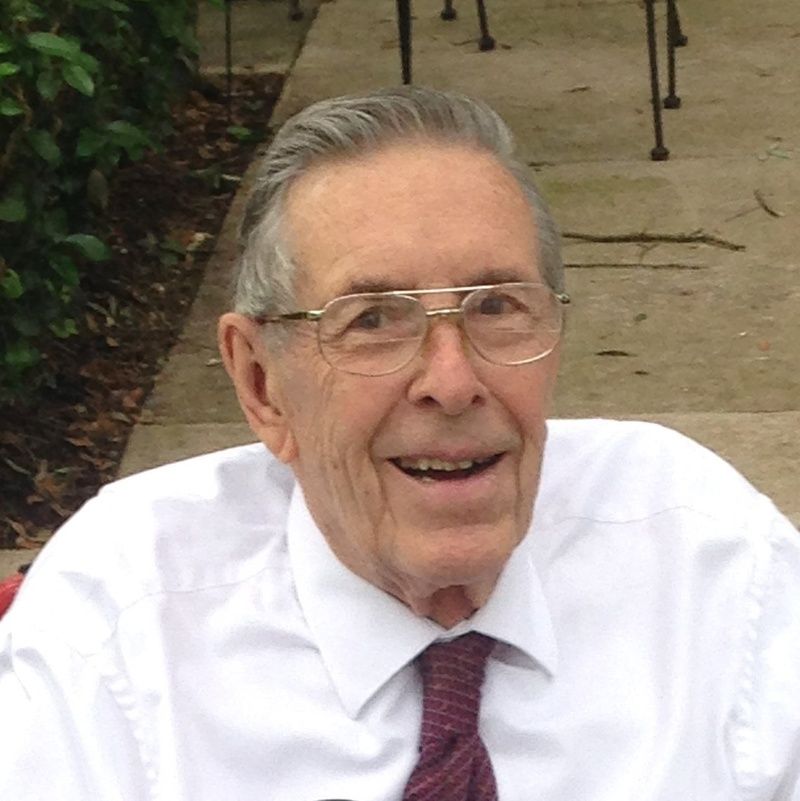 Robert Thomas "Bob" MacNaughton, Sr. died on December 10, 2021. Bob was born December 8, 1928, in Pittsburgh, Pennsylvania, a twin son of Charles Robertson McNaughton, Jr. and Margaret Gerst McNaughton. In 1948, Bob changed his surname from McNaughton to MacNaughton to honor his Scottish heritage. His paternal grandparents came to the United States from Dundee, Scotland.

Bob graduated from Mount Lebanon High School in Pittsburgh in 1946, and from Lafayette College in 1950 with a Bachelor of Science in Metallurgical Engineering. He was a member of the Chi Phi fraternity. To supplement his metallurgical studies, Bob worked in Pittsburgh steel mills during college summers.

Following his college graduation, Bob spent 23 years in the steel industry, starting with Crucible Steel in Midland, Pennsylvania, where he was engaged in the melt shop and rolling facilities. In August 1958, Bob moved to assistant mill metallurgist at Copperweld Steel in Warren, Ohio, where he specialized in quality control, product development, and production management. In the 1960s, Bob was a pioneer in the company's vacuum degassed steels and rose to manager of semi-finished production and then to second assistant general superintendent at Copperweld. He was active in the American Society for Metals (ASM) and the American Iron and Steel Institute (AISI.) In 1971 he accepted the position of plant manager and assistant to the vice president at Owen Electric Steel in Cayce, South Carolina.

In 1977, Bob joined the staff of Operational Services at the University of South Carolina, where he managed the university's energy facilities and utility distribution until his retirement in 1991. He was active in the university's Administrative Employees Club, including a term of as its president in 1985-1986. A loyal Gamecock fan, he and his wife Lois were season ticket holders for Carolina football and basketball for 37 years.

For 49 years, Bob was a member of Trinity Episcopal Cathedral, Columbia, where he served as chalice minister and lay reader. Bob volunteered at Lexington Medical Center and for Project Love in the Lexington County Schools.

In lieu of flowers, donations can be made to the organization of your choice, or to Trinity Episcopal Cathedral by contacting Donald Benson, Canon for Administration, at benson@trinitysc.org
To order memorial trees or send flowers to the family in memory of Robert MacNaughton, please visit our flower store.