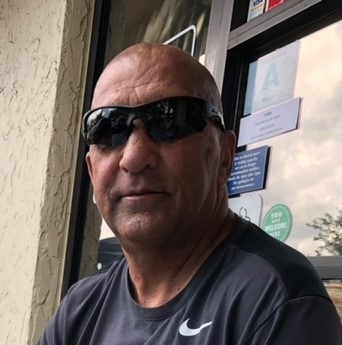 In lieu of flowers please donate to your favorite charity

Bob passed peacefully away on May 15, 2022 at the age of 64 from complications of a stroke.  He was surrounded by his wife and family in North Charleston, SC.  Bob is survived by his wife (Tracey), his sons (Jeremy and Chris) and his sisters (Melinda and Cheryl).
Bob was born in Independence, MO and grew up in Nashville, Tennessee.  Bob joined the navy after graduating high school and proudly served 4 years.  The navy brought him to Washington state where he began his career at The Boeing Company.  Bob married his first wife Debbie.  Together they had two sons, Jeremy and Chris.  Bob was a devoted father who made time for his children.  The family enjoyed camping, water sports and vacations on houseboats in eastern Washington state.
Bob was a skilled mechanic and that made a great fit for him on Boeing’s AOG (Aircraft On Ground) Program. This allowed him to showcase his skill around the world fixing airplanes. As a Boeing manager, he helped usher in new airplane programs, sustained current programs, hired and promoted hundreds while teaching his art to those that worked around him. Many current and former employees were successful due to Bob’s tutelage. He had a meticulous way of communicating which allowed him to speak to the highest level of executives to help them understand issues and to new employees on their first day of work to put them at ease and understand the importance of safety for their new work day.
Bob lived the single life for a few years until a friend introduced him to Tracey.  They dated, fell in love and married.  They began their life together in Everett, WA until an opportunity to move to Charleston, SC arose.  Bob was asked to build and launch a 2nd assembly line for the 787 program. He was excited to take on the huge challenge.  With Tracey’s support, they began a new adventure.  The couple relocated to Charleston SC, where they lived and explored the low country and its cuisine together.  They met many new people.  Bob enjoyed engaging with everyone he met.   He never met a stranger, just a future friend.
He loved low country food, especially BBQ.  He and Tracey explored restaurants in Charleston.  They build a list of favorites for their weekly Sunday brunch outings.  Bob also loved sports and was a fan of the Seattle Seahawks, the WSU Cougars and golf.   He loved to grab his golf clubs to play a round.   He would slip into the game after work or on weekend like he was putting a comfortable pair of slippers. His bow-legged walks up and down the fairways were the best story telling times between friends. As he would take another sip of beer, he told another story. The world and its problems would disappear on those slumbered walks up the fairways.
Bob finished his career at Boeing doing what he did best, teaching employees and managers how to build the most magnificent flying machines.  He retired from Boeing with 36 years and 2 months of service.  In his retirement, he loved to work around his house, helping neighbors and to enjoy the Charleston sunshine and history.  He maintained and cherished the work relationships that he had developed over his long and successful career.
Bob packed more adventures in his short life than most people do.  He travelled extensively in the Navy and with Boeing.  He was always active and ready to help.  Bob was a rare and beautiful soul that will be missed by all the lives he has touched.
Bob is now building Wings for angels and taking long walks with many of his friends and family members that have gone before. Rest assured he is walking with a drink in his hand and still telling stories.

To order memorial trees or send flowers to the family in memory of Robert Arthur Cullen, please visit our flower store.
Send a Sympathy Card