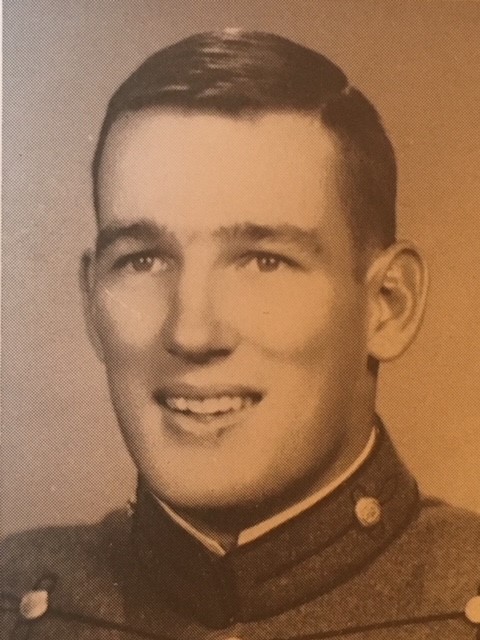 The family of Bobby Eugene Crouch, husband of Mary Elizabeth Walton, wish to inform you of his death. Bobby passed from this life on May 21, 2022, entering into eternal rest after a long battle with Parkinson’s Disease. His memorial service will be held Friday, May 27, 2022 in St. Andrew's Historic Church, 440 Whilden St. Mt. Pleasant, SC, 29464 at 2:00 pm. The family will receive friends in Sam's Hall immediately following the service. Arrangements by J. Henry Stuhr, Inc., Mt. Pleasant Chapel.

He is survived by his childhood sweetheart Mary Walton Crouch, four children and their spouses, nine grandchildren, and one great grandchild.

Born on June 29, 1940, in Hampton, Virginia, Bobby was the son of the late Harold Richard and Sarah Castle Phillips Crouch. Bobby grew up in Salisbury, NC where he met his beloved Mary Walton at age 15 and starred on the football field. Bobby won a state championship for his hometown Boyden High Yellow Jackets, rushing for two touchdowns in the championship game. Earning a football scholarship to The Citadel, Bobby was part of the victorious Bulldog Tangerine Bowl team in 1960 followed by the Bulldog’s first Southern Conference Championship in 1961. Upon graduation in 1962, Bobby was commissioned to the U.S. Army where he served in the Honor Guard, having the privilege of marching in President John F. Kennedy’s funeral.

After leaving the service, Bobby and Mary moved to Mt. Pleasant in 1965 where they raised four children. Bobby excelled in a 50-year career in real estate, was dedicated to the Citadel, and attended St. Andrews Church for 56 years. But the greatest joys of his life were being a fully devoted follower of Jesus, his 60 years of marriage to Mary, who never left his side, and his four children and their families. Bobby leaves a legacy behind of faith, commitment to marriage,  love for people (he never met a stranger), the gift of gab, and the joy of simply having fun.

Bobby’s family would like to express its appreciation to Ernestine Joyner and the Roper Home Health nurses. Words cannot express our gratitude for the excellent and compassionate care by the whole Roper Hospice Cottage team for both Bobby and his family.