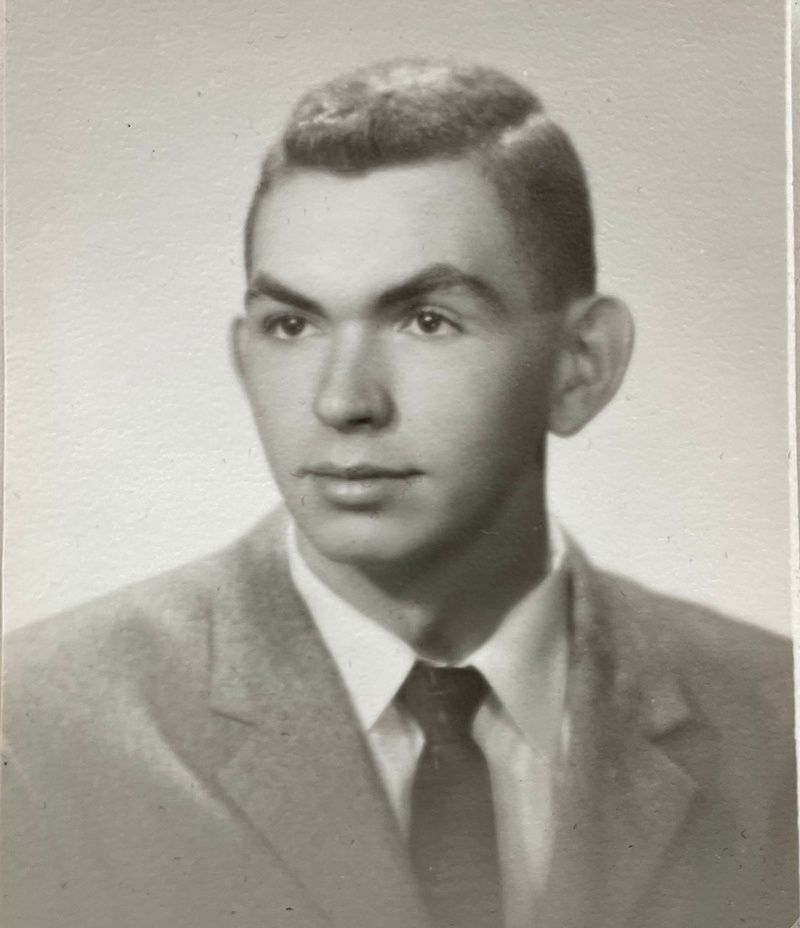 Peter was born on July 8, 1941 to Harry Worland and Mary (Duehr) Worland and grew up in Milwaukee, Wisconsin. He graduated from West Division High School as the salutatorian in 1959. He was always interested in learning. As a boy, he was nerdy, but he loved sports. In high school he was a member of the track team (1/2 mile) and the tennis team. He also excelled in golf, pool, and table tennis. He learned to play the cello from 4th grade through high school. He played in the Milwaukee City Orchestra. Kudos to his cello teacher Ms. Marie Maxim. Many thanks to his Mother Mary and his two Aunts Helen and Katie Duehr for encouraging his love of learning and helping Peter so much to grow up. Regrets and sorrow for his Father Harry.

He graduated from the University of Wisconsin, Milwaukee with a bachelor of Science Degree in Math in 1963. He nearly changed majors to English and Literature but was concerned about job possibilities. He remained at the University to earn a Master's Degree in Math in 1965. He spent a year working at IBM, another teaching at Milwaukee School of Engineering. Shortly thereafter, he met and married the love of his life, Nancy Mench. They were married on August 12, 1967 and honeymooned in Hawaii. Peter then moved to State college, Pennsylvania to earn his Doctorate Degree in Computer Science at Penn State University in 1971.

Their first child, Todd Peter, was born in 1969 in Pennsylvania. They moved to Richmond Virginia in 1971. Subsequently he held a professorship at Virginia Commonwealth University. His second child, Dana Jean, was born in 1971. He then moved to Lincoln, Nebraska and taught at the University of Nebraska. After two years, he moved to Saint Peter, Minnesota, and was the computer center director and taught computer science at Gustavus Adolphus College. In 1987 he moved to Oshkosh, Wisconsin where he was a professor in Computer Science at the University of Wisconsin-Oshkosh. He held research posts at the NASA Goddard Space Flight Center in Maryland, the Hanford Nuclear Research Center in Washington State and the NASA Jet Propulsion Laboratory in California.

He spent a year's sabbatical at the Colorado State University and a semester at the University of Wisconsin-Madison. Peter retired in 2004.

Peter and Nancy raised two wonderful children, Todd and Dana. More recently they were proud grandparents of Elizabeth Renee born in 1992 in Wisconsin and Olivia Lucia born in Florida in 2013.

For their 24th wedding anniversary they went to Costa Rica and began traveling overseas each year. By 2017 they had been to 43 countries. In the following winters he would spend four months in Apache Junction, Arizona. They bought a park model trailer and really enjoyed the people there, and spending time with his sister-in-law, Susan and brother-in-law, Bob.

When Peter retired he volunteered at a local hospital and worked in their pharmacy. He wrote a novel on caving which was one of his passions. He painted canvases, including many of places where he traveled. He experimented playing several musical instruments, including the saxophone and piano, and eventually retuned to the cello.

He is survived by his spouse, children and grandchildren.

There will be no service or viewing as per request by the family.
To order memorial trees or send flowers to the family in memory of Peter Bruce Worland, please visit our flower store.