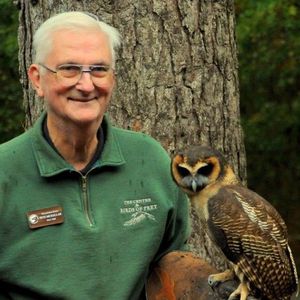 Pete was born November 16, 1935 in Bennettsville, South Carolina, son of the late Peter A. McKellar, Jr. and Dorothy Commander McKellar. He was a graduate of Bennettsville High School and Clemson University where he completed his Bachelor of Architecture degree in 1959 and was awarded the Alpha Rho Chi medal for excellence and leadership in his class.

These gifts of excellence and leadership were evident throughout his life and career. After completing his commission in the army, he spent twenty three years as Vice President of Cummings & McCrady, Inc. He founded McKellar & Associates, Inc. in 1983 where he led the multi disciplinary architecture firm until his retirement in 2005. In his capacity as an architect he chaired or was president of the Charleston County Zoning Board, the South Carolina State Board of Architectural Examiners, the Mount Peasant Commercial Design Review Board, the Society of Military Engineers, The South Carolina Chapter of the American Institute of Architects and the National Council of Architecture Registration Boards. He received the Architect of the year award twice by the Charleston Contractors' Association. In addition to running a firm and serving his profession, his legacy will also live on in the numerous young architects he mentored throughout his career.

Pete cared deeply about his community and loved his Clemson Tigers. He was instrumental in the expansion of the Charleston County Library system on two occasions and served as a trustee on the Charleston County Library Board.  He was a founder of the Sertoma Football Classic, the Rotary Soccer Classic and was a Paul Harris fellow. He coached soccer for decades and supported Wando High School where his four children graduated. The McKellar Family Endowment at Clemson was established in 1999 by Pete and his children to fund architecture and construction education.

One of the joys of Pete's life and his second "career" was his volunteer work for the Center for the Birds of Prey. He achieved a senior level bird handler status and could be seen on site and around the Charleston area educating a generation of children and adults about the center and the birds who lived there. He was particularly close to the resident owls and a scholar regarding the species.

Memorials may be made in his honor to The Avian Conservation Center at The Center for the Birds of Prey https://wwwthecenterforbirdsofprey.org

To order memorial trees or send flowers to the family in memory of Peter A. McKellar III, please visit our flower store.
Send a Sympathy Card