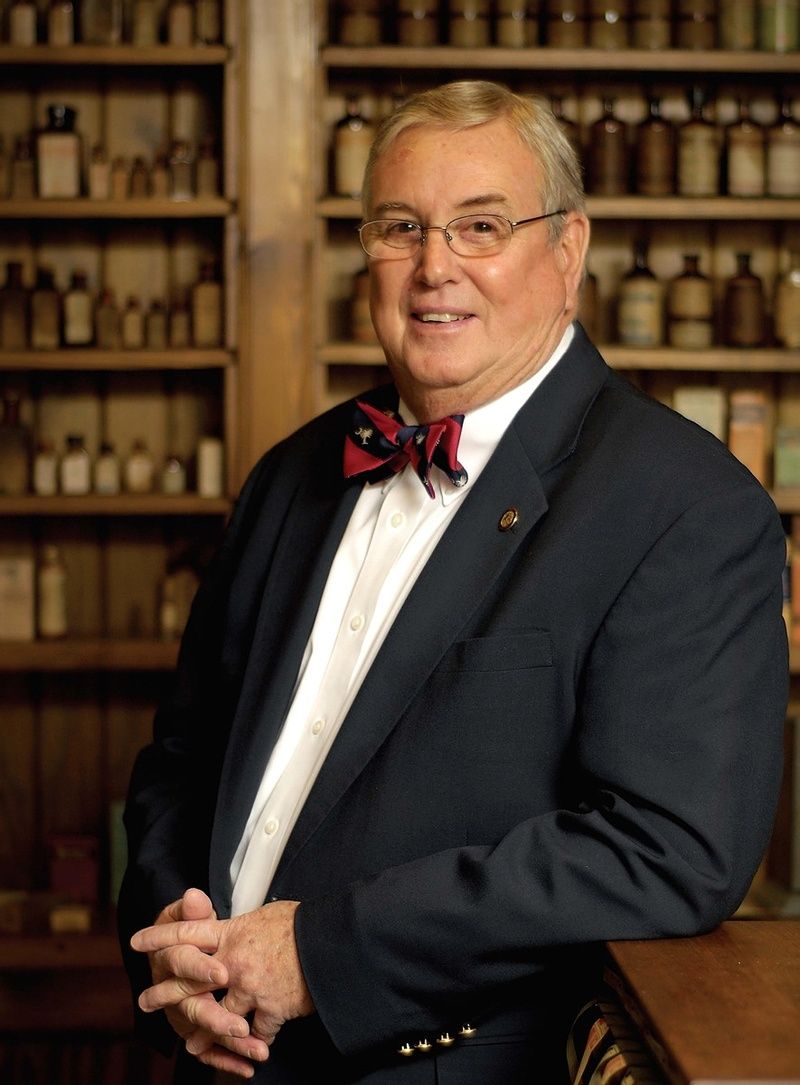 Peter was born February 28, 1944 in Charleston, South Carolina, son of the late James G. Edwards and Bertha Santo Edwards. He was a graduate of St. Andrews High School, the College of Charleston, and the School of Pharmacy at the Medical University of South Carolina. He was known for his excellent work ethic and knowledge as a pharmacist. During the first 20 years of his career, he worked with several retail and independently-owned pharmacies in the southeast, the VA Hospital, and his own consulting business.

An instructor in the 1990s and 2000s, Peter was a mentor to countless students and is remembered for his caring guidance, bow ties and quick wit. He taught at the MUSC Family Medicine Pharmacy and was an associate professor in the Department of Pharmacy and Clinical Sciences. He earned a master of health service administration from the MUSC College of Health Professions, and served as chair of the Admissions Committee and course director for Pharmacy Law and Ethics, Pharmacy Care, and Pharmacy Management.

And he was active in a number of organizations as a member and leader, including as president of both the South Carolina Pharmacy Association and the MUSC Pharmacy Alumni Association.

A devoted father, husband and friend, he was an avid outdoorsman and gardener who fished often on his boat, Reel Medicine. Particularly in his retirement, he traveled with family and friends to favorite destinations including the southeast mountains, Florida Keys, the Maine coast, and sea cruises in the Caribbean and Europe.

In lieu of flowers, donations may be directed to the MUSC College of Pharmacy Support Fund within the MUSC Foundation, 18 Bee St. MSC 450, Charleston, SC 29425, https://connect2.musc.edu/pharmacy
To order memorial trees or send flowers to the family in memory of Peter Frankie Edwards, please visit our flower store.