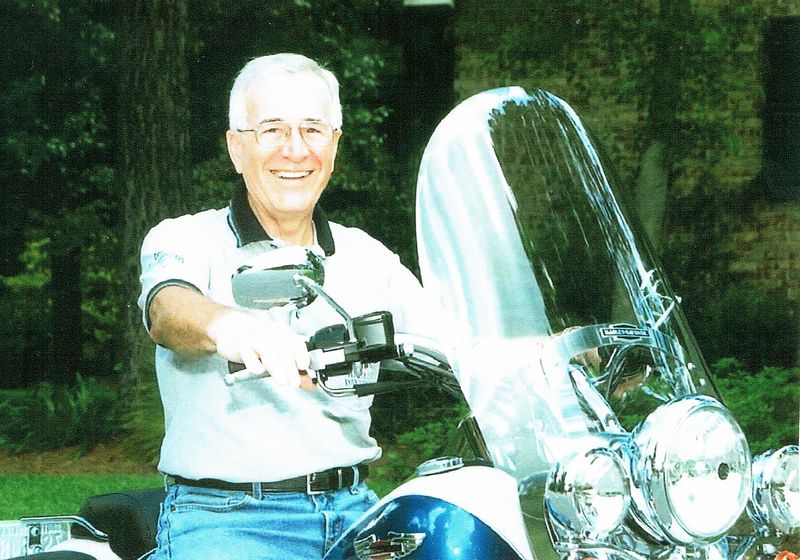 Paul M. Karppinen, 79, passed on Memorial Day, Monday, May 31, 2021 surrounded by his family. He was born and raised in Trimountain, Michigan by his uncle and aunt, Emil and Jenny Karppinen. He was a 1961 graduate of Jeffers High School and proud supporter of their entire trades program from start to present.

Maybe it was the "sisu" coursing through his Finnish blood that allowed Paul to find the best in every challenge in front of him. He outsmarted the US Army when he got his draft notice, instead signing up for the US Navy. He spent 8 years as an active submariner and was a Vietnam veteran and an original plank owner of the USS Simon Boliver. He often boasted about his wise decision to sign-up for latrine cleaning duty so he always first to a hot shower.

Paul was an entrepreneur at heart. He put that spirit (and his family) to work in his own version of "Fixer Upper." His drive eventually led him to create Metro Tool & Supply, Inc. in Charleston, which he proudly owned and operated for close to 15 years. When one of his employees commented how lucky he was, he responded, "The harder I work, the luckier I get."

He also had a wicked sense of humor. It was not uncommon for him to answer his home phone in Finnish (causing his future son-in-law to immediately hang up in confusion) or with little ditties like, "Joe's Pool Hall". He always had a joke at the ready and loved being both the giver and the receiver of a harmless prank.

Paul is survived by his other half and loving wife of 53 years, Margaret; his two daughters Shannon King (Christopher King) and Jennifer; his grandson Ian; and his loving sisters, Lorraine Tomasi (Paul Tomasi) and Karen Karppinen.

He joins his brothers Don and Ronnie who preceded him and we're sure were waiting for him with a few jokes and bear hugs of their own.

Paul also leaves behind friends and mentors who shaped his life with beautiful moments and lasting lessons along the way. He did not want a huge fuss to be made over him, so he requested no service be held with his passing. However, should you wish, the family would love to have you share your favorite moments with them.

Given his love for our country, it seems as if Paul almost planned his passing on Memorial Day. His ashes will be carried to sea by the US Navy.

Should you wish to make a donation, the family is requesting memorial donations be made to the Paul and Margaret Karppinen and Paul and Lorraine Tomasi Scholarship Fund at Jeffers High School or the Medical University of South Carolina Hollings Cancer Center or Storm Eye Institute.
To order memorial trees or send flowers to the family in memory of Paul M. Karppinen, please visit our flower store.