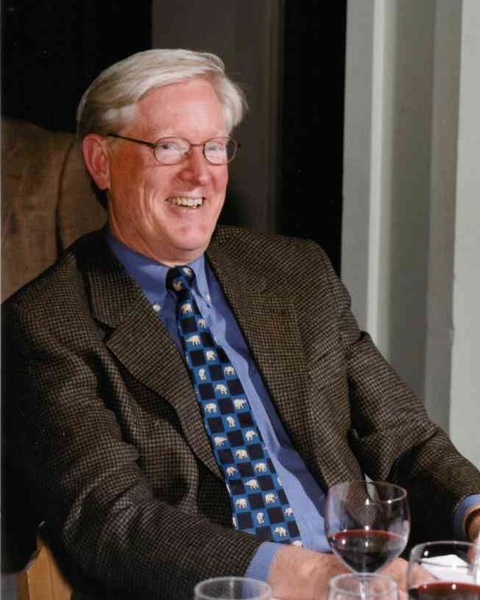 Patrick Hampton Butler, 77, of Yonges Island, South Carolina, husband of Rhoda Kathryn Butler, entered into eternal rest Friday, September 16, 2022.  His Funeral Service will be held Saturday, September 24, 2022 at Christ-St. Paul’s Church, 4981 Chapel Road at 11:00 am with interment to follow in the church cemetery. The family will receive friends for a reception in the church fellowship hall following the service. Arrangements by J. Henry Stuhr, Inc. West Ashley Chapel.

Patrick was born August 16, 1945, in Arlington, Virginia, son of the late Emmett William “Jack” Butler and Frances Anne Wilcoxson Butler. He graduated from California State University, Long Beach with a Bachelor’s Degree in Business Administration and Marketing in 1972. Patrick served as a Sergeant E-5 in the U.S. Army during the Vietnam War, stationed at Cam Ranh Bay. After completing his military service, Patrick joined the American Express Company. Thirty years later, at the height of his career, he retired as Vice President of Travel Industries, Card Division. He was honored with a retirement celebration at Windows on the World in the World Trade Center in February of 2001.

Patrick was actively involved in many clubs and organizations. He was a member of First Families of South Carolina, The Huguenot Society, Edisto Island Historic Preservation Society, South Carolina Historical Society, Charleston Library Society, St. Paul’s Garden Club, Sea Island Yacht Club and Christ St. Paul’s Church. Patrick was very active with the Sons of the American Revolution (William Moultrie Camp); Palmetto Guard; Military Order of the Stars and Bars; past President of the Society of War of 1812; and former Camp Commander of the Sons of Confederate Veterans (Camp 131, Edisto Island).

God, country and family were most important to him: Patrick was a devoted son, husband, father, grandfather and friend, and he had the most wonderful sense of playful humor. He was an avid gardener, reader and history enthusiast and was very proud of his soon to be published book, “War on the Coast, The Civil War Southwest of Charleston”. He also authored “A History of Meggett, South Carolina”.

To order memorial trees or send flowers to the family in memory of Patrick Hampton Butler, please visit our flower store.
Send a Sympathy Card