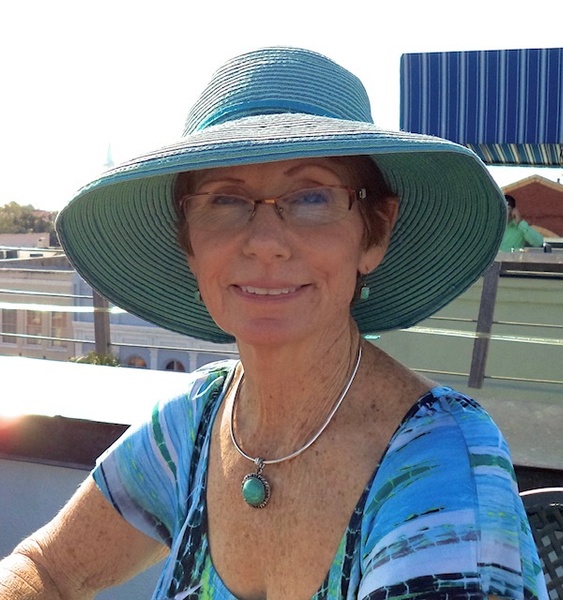 Patricia Grumbach Christensen, 74, passed away at her home in Charleston, SC on July 31, 2022, surrounded by her loving family.  Pat was born in Elizabeth, NJ, on May 21, 1948, the daughter of the late Lt. Col. Royal Grumbach (Ret.) and Nancy Grumbach. She is survived by her beloved husband Finn Christensen, brother Paul Grumbach and his wife Patricia, daughter Sandra Deane, and granddaughter, Kacey Deane; nieces Tracey Oliveria (Duane), Erika Grumbach (Ryan), and Andrea Grumbach. In her final days, she was provided near round the clock loving and compassionate care by Finn's niece, Helga Hanserud.

As the child of an Air Force officer, Pat spent her early years living throughout the United States and abroad.  She received an Associates of Arts degree at Sacred Heart College in Belmont, NC, in 1969.  After graduation, Pat lived in Charlotte, NC, where she became an avid Irish clogger and bowler. Later, she returned to Florida, where her parents resided and where she met her husband, Finn. She worked in an insurance office and later managed her brother’s dental office. She was active in her various church communities and could often be found singing in the choir. Her love of singing began in high school where she participated in several musicals, and she never passed up a chance to belt out a good karaoke song. Pat acquired from her husband Finn an ardent enthusiasm for traveling in general and seafaring in particular. When they met, Finn was living on his sailboat in Miami Beach and together they sailed throughout the waters around South Florida and beyond. After a few years in Fort Myers, FL, Pat and Finn moved to Charleston, SC where they continued their love of travel and spending time with good friends. They made numerous trips to Finn's home country Denmark, as well as Ireland, Portugal, and Greece where they could often be found dancing in the streets under the stars.

Relatives and friends are invited to attend her memorial service on Saturday, August 13, 2022, from 4:00 PM until 6:00 PM in the J. Henry Inc., West Ashley Chapel, 3360 Glenn McConnell Parkway, Charleston, SC.

In lieu of flowers contributions in her memory may be made to the Alzheimer's Association.

To order memorial trees or send flowers to the family in memory of Patricia Grumbach Christensen, please visit our flower store.
Send a Sympathy Card