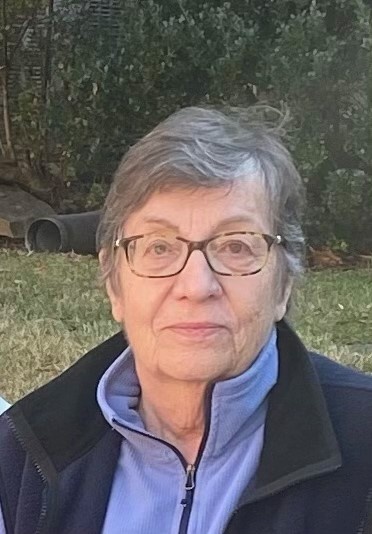 Michele was born in the midst of World War II on February 21, 1944 in Paris, France, the daughter of the late Robert Maurice Emile Krouch and Claire Noel Lagrange. She cherished her time traveling with her family, their annual two month vacation in Saint-Tropez, and their time spent living in Monte Carlo where she enjoyed boating and racing cars. Michele was open minded, independent, and a risk taker. She loved adventure and was the boute-en-train (life and soul of the party).

Michele attended the University of Aix-Marseille and California Western University in Point Loma, California. She met and married her husband, Hayden, of 47 years in San Antonio, Texas where the couple welcomed their only child, Mathew, before moving to Belgium. They returned to the United States years later and settled in Silver Spring, Maryland where she was a dedicated and helpful neighbor for over 35 years. During that time, she enjoyed returning to France to visit her family and spending time with her father aboard his boat, The Vagabond, in Florida and The Bahamas. Michele was a true renaissance woman. She was a seasoned traveler, spoke five languages, loved music and art, and was a skilled gardener. She was a voracious reader, problem solver, self taught investor, genealogy researcher, and family historian. Her savvy computer and internet skills were featured in a 1996 article in PC Week.

Michele was a devoted wife, mother, daughter, sister, cousin, and friend. She maintained strong relationships with her sister, Catherine, in Victoria, BC, her family in France, and her husband’s family. She maintained meticulous family records, collections, art, and antiques over the years.

To order memorial trees or send flowers to the family in memory of Michele Marie Noelle Sears, please visit our flower store.
Send a Sympathy Card