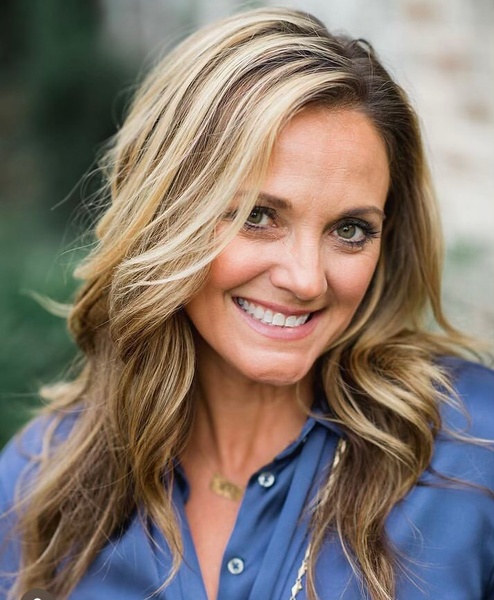 On Friday, July 22, 2022, Melissa Corbin Williams, "Missy," passed away peacefully at her childhood home surrounded by her beloved family.

Melissa was born on January 27, 1974 in Charleston, SC to Rusty and Margaux Corbin. As a teenager she attended Country Day High School where she was actively involved in many sports and clubs. She played volleyball, basketball, and softball and was a member of the cheerleading squad. She was an active member of the Beta Club and Student Government, the co-editor of Yearbook Staff and the Salutatorian of her graduating class in 1992. Some of her early accomplishments outside of school were Miss Teen USA and SC Young Woman of the Year awards. Following high school she attended the College of Charleston where she received a business degree. After graduating from college in 1996, she put her business degree to great use and founded the locally renowned wedding planning firm, A Charleston Bride. During her 21 year career, she was recognized with multiple, coveted planning awards and had countless featured publications both online and in print. She was successful professionally, but her greatest joy was always her family. In 2004 she welcomed her daughter Sydney into the world and in 2007, her son Gannon. On November 11, 2015 she married Kevin Williams and together they raised their beautiful blended family.

Melissa had the biggest zest for life and lived out all her time with us to the motto of "work hard, play harder." She was fiercely dedicated to her family and friends, her career, and her community. She filled all of her free time with the people she loved and she had the most amazing ability to bring others together. She always gushed about the fun she had doing things like traveling, going to concerts, boating, golfing, sharing meals out, shopping, and attending her children's sporting events. When it came to her work, she devoted herself to her business and single handedly helped hundreds of families over the years to plan their most monumental life moments. She was the life of the party and because of that she knew how to throw the most perfect events. In 2014 she organized the charity group Shot Gun Fairies and raised over $300,000 for cancer research. She shared her knowledge of the event planning industry with students at College of Charleston both through yearly internship opportunities and through guest voluntary speaking events. Most recently, she donated money to and purchased supplies for a local women's shelter along with her daughter, and encouraged everyone close to her to follow suit. She was always fighting for a cause and helping others, encouraging everyone around her to be the best versions of themselves.

Melissa is preceded in death by grandparents Margaret and Buford Bost, grandfather James Corbin, Jr., and aunt Martha Drum. She is survived by her grandmother Patricia Corbin, her parents Rusty and Margaux Corbin, her husband Kevin Williams, her children Sydney and Gannon Barton, her step-children Rutledge and Caroline Williams, her sister Leslie Savage (Todd), brother Dustin Corbin (Ashley), niece Talyn Savage, nephews Brewer Savage, Wyatt Corbin and Cannon Corbin and her beloved boykin spaniel, Abe. Her life was far too short, but it was so incredibly full. She was astonishingly skilled in so many ways, but if you asked her I am she would have said that her greatest accomplishment was being a mother, daughter, sister, wife and friend. To know her, was to adore her. Her smile and laugh were infectious and she brought the most powerful energy with her into every room. She is gone but will not be forgotten, forever living on in our hearts.

A celebration of life will be announced at a later date. if you would like to make a donation in her name, please consider the Melissa Corbin Williams Scholarship Fund that is being finalized with the College of Charleston and will be made public soon. Arrangements by the J. Henry Stuhr, Inc. - West Ashley Chapel.

To order memorial trees or send flowers to the family in memory of Melissa "Missy" Corbin Williams, please visit our flower store.