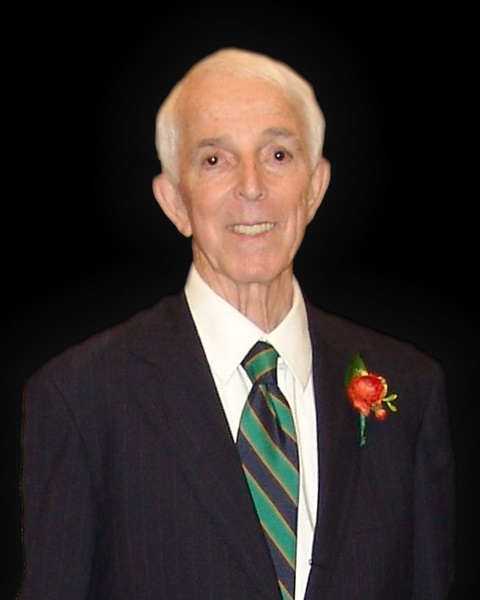 With deep sorrow and much love, the family of Mark Eugene “Gene” Meadows announces his peaceful passing on July 8, 2022 at the age of 87.  Visitation will be held at J. Henry Stuhr, Downtown Chapel, on Tuesday, July 12, from 5:00 PM to 7:00 PM. Funeral services will be held at Providence Church on Daniel Island, SC, on Wednesday, July 13, at 1:00 PM. Interment will be at Westover Memorial Park in Augusta, GA, at 11:30 on the following day.

A native of Toombs County, GA, Gene was reared by his parents, Mark Wood Meadows and Ora Mayo Meadows in Register, GA, where he was a stellar student, a natural leader, and a proud member of the Register High School basketball team. He earned a B.A. at Georgia Southern University and M.A. and Ed.D. degrees from Peabody College of Vanderbilt University and The University of Georgia, respectively.

Gene’s academic career took him from service as Assistant Director of the Counseling Center at the Georgia Institute of Technology, Associate Professor and Dean of Student Affairs at Kennesaw State University, and Associate Professor and Director of the Counseling Center at Virginia Commonwealth University, and on to a 26-year affiliation with Auburn University as Professor and Department Head of Counseling and Counseling-Psychology, a title that he continued to hold as Emeritus. After his retirement from Auburn University in 1995, Gene was Professor and Coordinator of the graduate program in school counseling at The Citadel. In addition to his academic appointment, Gene frequently served as a consultant to academic and governmental organizations; served in leadership in professional and civic organizations; and presented research and scholarly presentations at state, national and international symposia and conferences.

Interest and involvement in athletics was a life-long enjoyment of Gene’s. In his schoolboy days he played recreational baseball and high school basketball. He was a three-year starter on a high school team which won over 60 games during that period. As a young man, Gene was a basketball official and coach. One of his proudest accomplishments was coaching the Langley-Bath-Clearwater (SC) basketball team to a district championship and participation in the State Finals in 1958. As an adult, Gene enjoyed tennis, backpacking with family and friends, and running, completing two marathons amongst numerous 5k and 10k races. In his eldest years, Gene took near-daily walks in downtown Charleston, making friends throughout the city.

Gene’s accomplishments were many, but his greatest accomplishments were as a husband, father, grandfather, son, brother, uncle, and friend. His 53-year marriage to Lois was filled with love; harmonious and often humorous family life; many shared interests, especially in the arts; adventurous travels; and finally, his devoted and untiring care for his beloved Lois during her years-long final illness. His love later extended to a new spouse, Jerry, with whom he shared happy years of devoted companionship, humor, and joy. As a father, Gene was unfailing in his love, support, encouragement, generosity, and enjoyment of his children. Gene was a proud and doting grandfather, delighting in his grandchildren, whom he loved dearly and relished being around. Beyond the immediate family, nieces and nephews held a special place in Gene’s heart. Gene treasured his friends, and he was treasured by them in return.

Alongside Gene’s many long-time friends were some friends he saw only occasionally, or even just once, for instance seeing someone who looked hungry in a park and going home to make them a sandwich. Or the friendships he formed with the staff of a drug store near his home.

Gene’s love of people and his natural ability to make friends was rooted in his family experience, and also in his faith. Throughout his life, Gene was active in his church, serving as deacon in four churches, teaching adult Sunday School for many years, writing reflections and prayers, and serving on many committees.

He is survived by his children: Lynn Elisabeth Meadows of Cullman, AL; Timothy Mark Meadows of Hendersonville, NC; and Leigh Meadows-McAlpin (Timothy McAlpin) of Charleston, SC; four grandchildren: Brian Shipman, Ethan McAlpin, Lily McAlpin, and Owen McAlpin; his brother, Harold Meadows (Cheryl); many beloved nieces and nephews; and a host of friends from many walks of life.

The family wishes to thank the staff of Mount Pleasant Gardens and Lutheran Hospice for their expert and loving care of Gene during his final months. Funeral arrangements have been entrusted to J. Henry Stuhr, Downtown Chapel, Charleston.

To order memorial trees or send flowers to the family in memory of Mark Eugene "Gene" Meadows, please visit our flower store.
Send a Sympathy Card