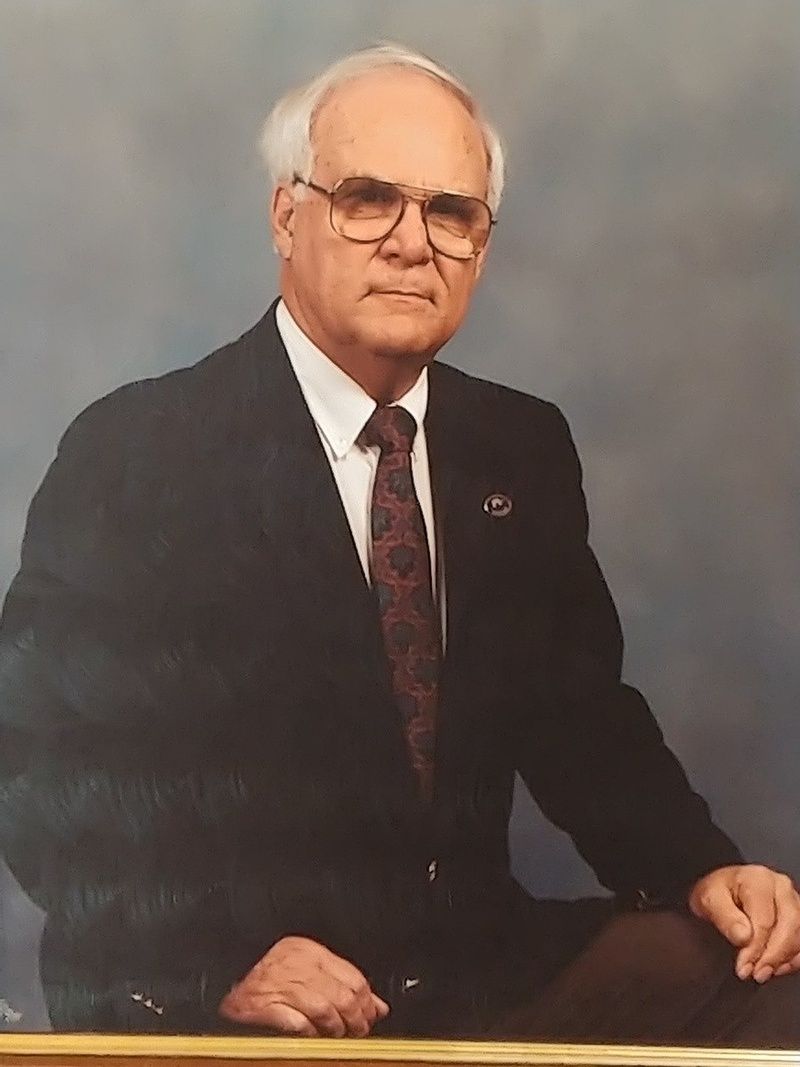 A 1950 graduate of Mt. Zion Institute in Winnsboro, Marion was proud to attend and graduate Clemson College (1955) when it was a military school. While at Clemson, he met a student nurse, Alyce, when she was taking care of his father at Baptist Hospital in Columbia, S.C. They were instantly attracted and married in 1954. He was commissioned as an Infantry officer in the U.S. Army in 1957 serving two years active duty and then transitioned to the South Carolina National Guard Reserves. In 1959, he and Alyce moved to Winnsboro with a toddler, Susan, and Denise on her way as he started a new job with Uniroyal. Baby girl Donna came along in 1961. He was employed with Uniroyal until 1975 when the textile industry started to decline due to the development of synthetic fibers and globalization. This was his opportunity to follow his passion with a complete career change to behavioral health. He obtained a master's degree in Psychology and Counseling in 1979 at Goddard College which paved the way for his true calling-helping others. He used to say that he didn't work a day in his life because he was doing what he loved, often responding to 3 AM calls to help others in need. He threw himself into learning everything he could about behavioral health, alcohol and substance abuse, establishing the Fairfield County Substance Abuse Commission (1975-1995). In 2014, he was awarded the Trailblazer Award for being the first Executive Director of Fairfield Behavioral Health Services whose leadership advanced the health of Fairfield County through substance use prevention, treatment and recovery services. In 2015, the award was renamed to the Marion C. Smith Partner of the Year Award. He was also a Magistrate serving as a Fairfield County Summary Court Judge (1982-2002) and graduate of The College of Charleston Legal Justice Institute for non-lawyers in 1994. He was an active member of First Baptist Church of Winnsboro, S.C. where he taught Sunday School and served in various positions until moving to Charleston in 2011. He was a member of Grace on The Ashley Baptist Church in Charleston. As a member of the Winnsboro Masonic Lodge 11 and the Scottish Rite, he was a true believer that each man has a duty to make life better, not just for himself, but for everyone.

He didn't slow down upon retirement in 2002 as he explored his hidden talents. He became a Master Gardener and was active in developing the grounds of the newly constructed First Baptist Church in Winnsboro. He learned to create stained glass pieces, collected unique glassware and ceramics, enjoyed gardening, and was a beekeeper-you name it, he tried it. In recent years his passion has been genealogy and with the help of his newly found cousin, Heather Hennessee Heath, he has uncovered a wealth of knowledge about the family heritage that will continue to be a treasure for his family.

To know Marion was to love him. He never met a stranger. When he and Alyce moved to Charleston, he became close to his special neighbors, Willie Courtney and Ginny Provost, who became his extended family.

The family will receive friends on Friday, August 13,2021, at the J. Henry Stuhr Inc., West Ashley Chapel, 3360 Glenn McConnell Pkwy, from 5:00 p.m. until 7:00 p.m. A graveside service will be held on August 21 at 2:00PM at Oak Lawn Cemetery in Winnsboro S.C.. Arrangements are being coordinated with Pope Funeral Home in Winnsboro.
To order memorial trees or send flowers to the family in memory of Marion Curlette Smith, please visit our flower store.