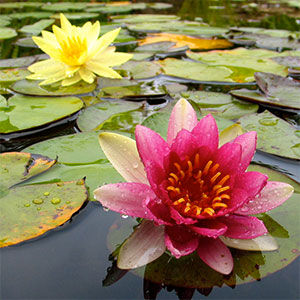 Margaret Odom Hobgood peacefully passed away 2 August 2021. Born Margaret Joan Odom 13 April 1945 in Anderson, SC the daughter of Frank and Alberta Dickson Odom. Margie attended various schools in the upstate graduating from Wade Hampton High in Greenville, SC in 1962 and immediately enrolled at the University of South Carolina in Columbia. While at UofSC, she joined the Beta Delta chapter of Delta Zeta National Sorority (1964) and graduated with a BA in Journalism (1966) and a BA in English (1967).

Margie worked as a reporter for several newspapers in Columbia and Atlanta GA before moving to Charleston SC where she met and married Gordon Hobgood in 1974. Together they raised four children . As a Navy wife, she was privileged to travel and live in several naval ports and exotic places (Yokosuka Japan and Pearl Harbor HI). At each new port, Margie was the consummate naval officers wife active with several civic and charity organizations and joining local Delta Zeta Alumni Chapters.

While stationed in Japan, they adopted a son (Christopher) and in Hawaii two daughters (Tara and Ashley), and gave birth to a son (Jonathan). After returning to Charleston, she obtained her Real Estate license and worked for several local Real Estate companies before enrolling at Charleston Southern University where she graduated with her MA in Teaching in 1996. Margie worked for the Charleston County School District and taught high school English and Spanish at Burke High School before retiring in 2008. Often when talking about some of her work experiences, she would remark that "one of her most enjoyable and satisfying was her time teaching her students at Burke". During Margies final years, she was an active member of the Susannah Smith Elliott DAR and Avinger UDC chapters.

A memorial service will be held at a later date with inurnment at Arlington National Cemetery.
To order memorial trees or send flowers to the family in memory of Margaret Odom Hobgood, please visit our flower store.