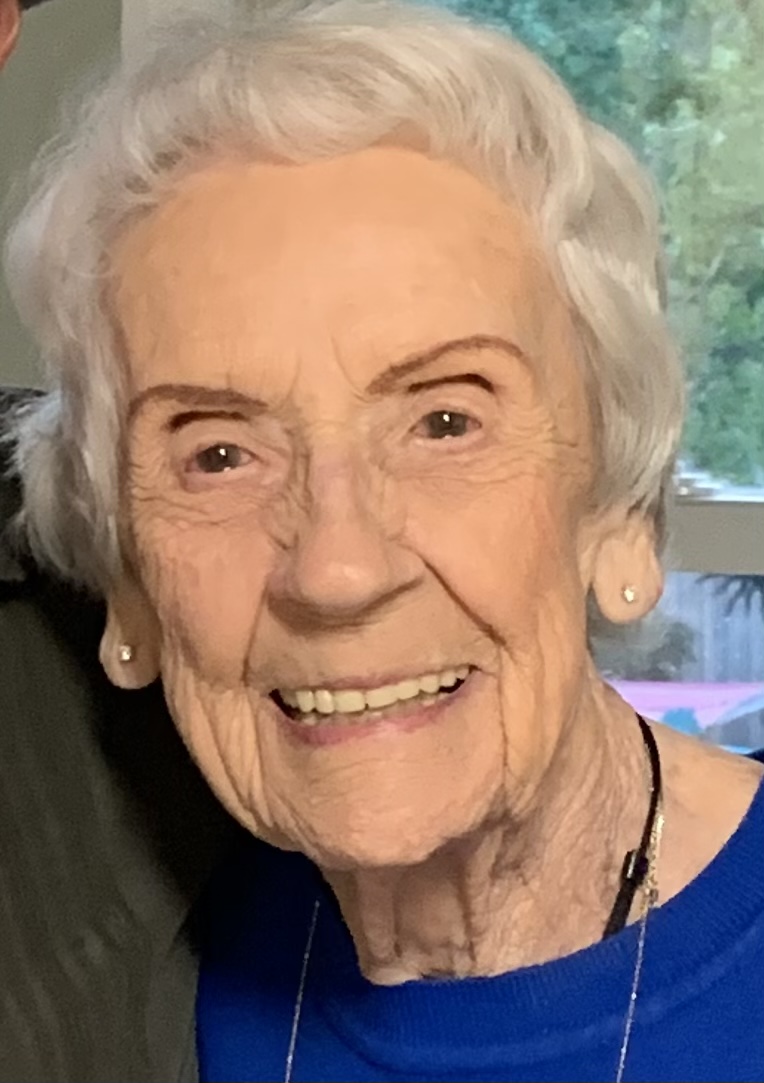 Marcia Marilyn Hood was born on August 6, 1923 in Minneapolis to Walter E. Filipek and Grace A. (Swartz) Filipek. She passed away peacefully at her home on June 6, 2022, two months shy of her 99th birthday. She lived with her parents and her sister LaDonna M. (Filipek) Slick in Southeast Minneapolis where she attended school, graduating from Marshall High School. Her father owned and operated the Harvard Grill, a popular restaurant in Dinky Town, the heart of the University of Minnesota campus. Her father and mother were friends with all the coaches and their families and often entertained them in their home or traveled by train to "away" games. As a result, Marcia was exposed to college sports and entertaining early in life which proved to be valuable later as the mother of three very active sports-minded boys and a daughter.

Marcia met her husband-to-be, Burton "Bud" Hood on a blind date that was set up by their mothers. Bud was a cadet at the United States Military Academy at West Point when they met and Marcia was just out of high school enjoying her summer vacation. After answering the challenge to a "race", she beat Bud swimming to a raft in White Bear Lake. He was smitten. The "blind date" turned into a lifetime of love and devotion.

In May 1943 Marcia married "my best friend and the love of my life" Bud Hood. They had four children: Kathryn, Daniel, Thomas, and William.

As a young Army wife, she was with her husband as he was stationed in Salzburg, Austria from 1946- 1948. She was well suited for the responsibilities which came with being an Army wife which meant entertaining other officers but also many years of being a "single mother" when Bud was on his many Army assignments overseas. Marica loved being a devoted Army wife even if it meant packing up a household and moving to many regions of the country every two or three years.

Bud and Marcia decided that Charleston, SC, should be the place where they wanted to put roots down after the many moves and built their first dream home in 1973 in the West Ashley neighborhood of Sandhurst. There they made many friends and shared many activities with them such a Bridge gatherings and their annual Derby Day party was the event everyone was waiting to be invited too.

The family will receive relatives and friends on August 11, 2022 at the home where Marcia lived on 29 Eton Road for a Celebration of Life from 4 pm to 6 pm. Funeral services and interment will be held at the Unites States Military Academy at West Point, New York, at a later date.

To order memorial trees or send flowers to the family in memory of Marcia Marilyn Hood, please visit our flower store.
Send a Sympathy Card