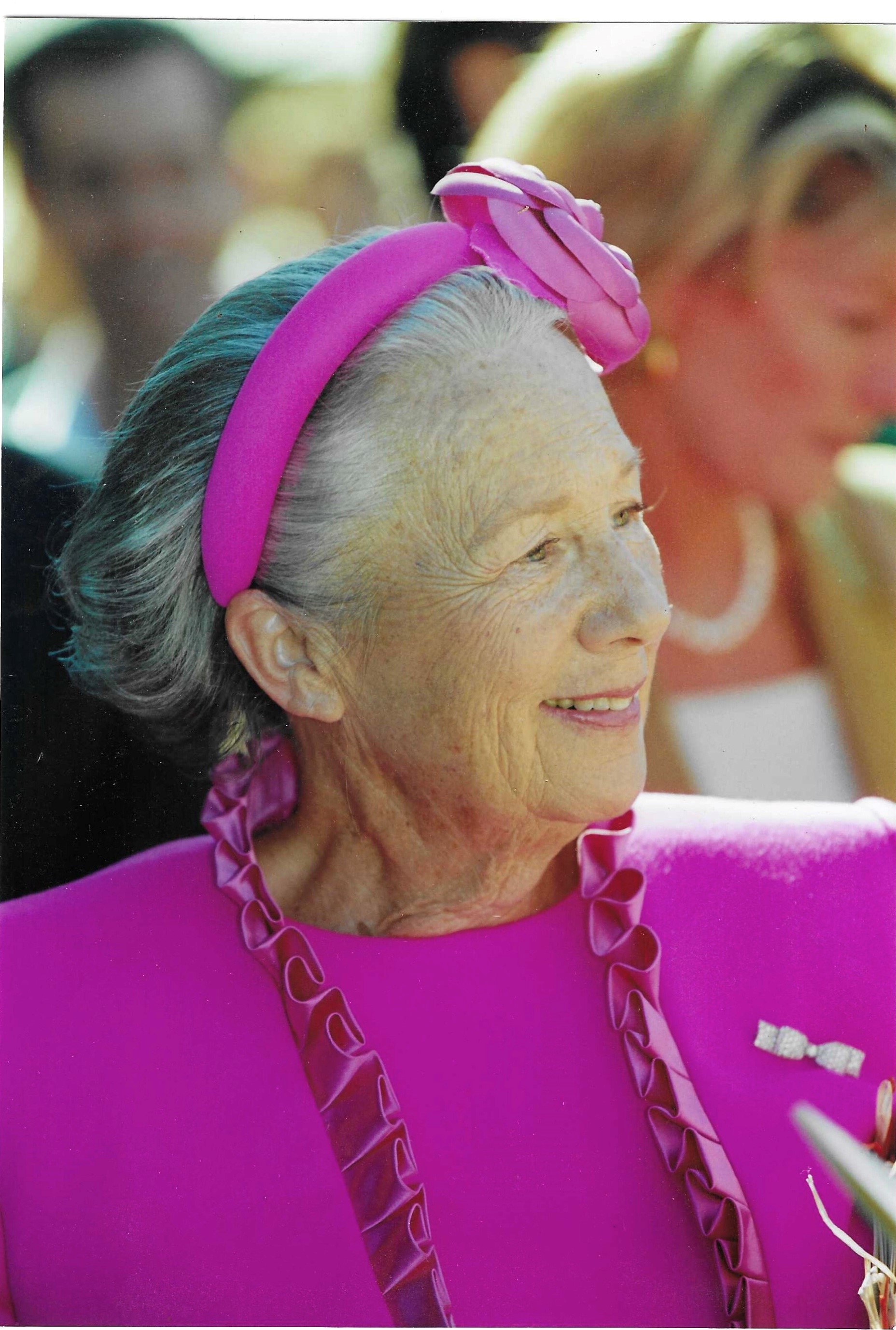 Louise Colas des Francs, 89, of Charleston, South Carolina, passed away peacefully at her Charleston home surrounded by her four children on Monday, April 11, 2022.

Born on July 18, 1932 in Boston, Massachusetts, daughter of the late Robert Carton and Elizabeth Beidler Carton, she was preceded in death by her husband Francois Colas des Francs and is survived by her daughter, Elizabeth des Francs; three sons: Edouard des Francs (Eva), Philippe des Francs (Florence) all of Charleston, SC and Timothy des Francs (Astrid) of Isle of Palms, SC; and seven grandchildren: Alexandra, Henry, Alexandre, Angelique, Caroline, Octavie, Raphael.
Louise lived many lives, studied in Switzerland, worked as a nurse in Paris, married in France, restored her Loire Valley 15th century home : Le Percher. Louise also raised horses to compete around the world and served for many years as president of the world championship for young horses, the “Mondial du Lion”.

Although much of her life was lived in Europe, Louise was adamant that she was American and took great pride in always calling the United States “home”. She was the great granddaughter of Francis Beidler and carried on his legacy as an instrumental force in the conservation of the Congaree National Monument, the Francis Beidler Forest, and her beloved family home in the Lowcountry, Blessing Plantation. Latter in life she took great pride in sponsoring the soon to be open International African American Museum.
Above all, Louise was devoted to her family. Her four children and seven grandchildren are forever grateful for the instrumental interest she took in their lives and wellbeing.

The family is grateful for the devotion of Edith Lambert in France and caregiver Nancy Allen in Charleston.
In her twenties Louise worked as a neonatal nurse in Paris, and carried this passion for caregiving throughout her life; Louise was never happier than when she had a baby in her arms. Memorials in her honor may be made to the MUSC Shawn Jenkins Children's Hospital.

The funeral service for Louise will be held Thursday, April 21, 2022 at St. Philip's Church, 142 Church Street at 11:00 a.m. The service will be officiated by her dear friend, The Rev. Marc Boutan. Interment, Magnolia Cemetery. The family will receive friends Wednesday in J. Henry Stuhr Inc. Downtown Chapel from 4:00 p.m. until 6:00 p.m.

To order memorial trees or send flowers to the family in memory of Louise Colas des Francs, please visit our flower store.
Send a Sympathy Card