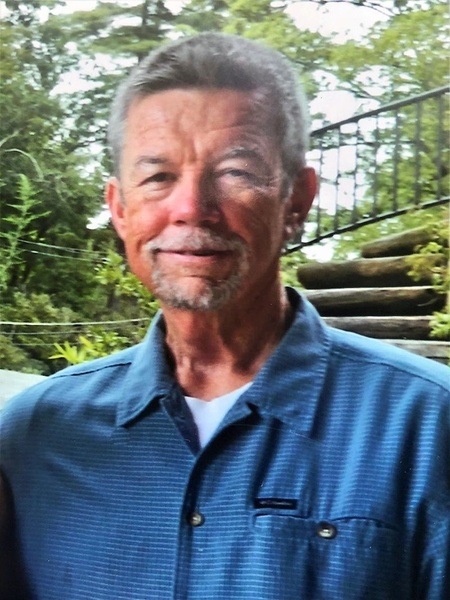 Larry Michael Branham, 67, of John's Island, South Carolina, husband of Jeanine Weese Branham, graduated to Heaven and entered into eternal rest Wednesday, March 16, 2022. A Celebration Service of Larry's life will be held Thursday, March 24, 2022 at St. Michael's Church, 71 Broad Street at 2:00 p.m. and may be viewed via live stream at https://youtu.be/58QTnrveaF0. Interment to follow in the churchyard. A fish fry celebration will follow. Arrangements by J. Henry Stuhr, Inc., Downtown Chapel.

Larry was born April 14, 1954 in Ventura, California, son of the late John Leonard Branham and Jacqueline Kirby Branham. He was a maritime captain.

No matter where the blue waters had him traveling, the Lowcountry was always Larry's home. Growing up on James Island and with his love for outdoor living, he and his friends would fish and hunt. Larry was a "Good Sport" and will be sadly missed.

Without a doubt Larry entered fully into the presence of his Lord, Jesus. Larry's Christian Faith was a daily essential part of his life. Given the opportunity, he freely gave his time mentoring, or sharing his Christian faith and belief to his family, friends, captains, charters. Larry was a kind and gentle soul who also received blessings from serving with The Kairos Prison Ministry and Cursillo communities. Larry was a lifelong Episcopalian.

Baptized and confirmed at Holy Trinity, West Ashley, he was a longtime member of the Church of Our Saviour, John's Island, where he served on vestry and was proud to be dubbed chief pancake flipper for the Shrove Tuesday pancake suppers. Larry and his wife, Jeanine, were married in Church of Our Saviour, November, 2, 1991 on All Soul's Day. St. John's Parish was Larry's final church home.

In addition to Larry's parents, he was preceded in death by his brother, John Leonard (Willy) Branham and sister, Joyce Elizabeth Branham.

In lieu of flowers, memorials may be made to St. Michael's Church, 71 Broad Street, Charleston, S.C. 29401; St. John's Parish, P.O. Box 125, John's Island, S.C. 29455; or the South Carolina Memorial Reef and to donate visit www.scmemorialreef.com.
To order memorial trees or send flowers to the family in memory of Larry Michael Branham, please visit our flower store.