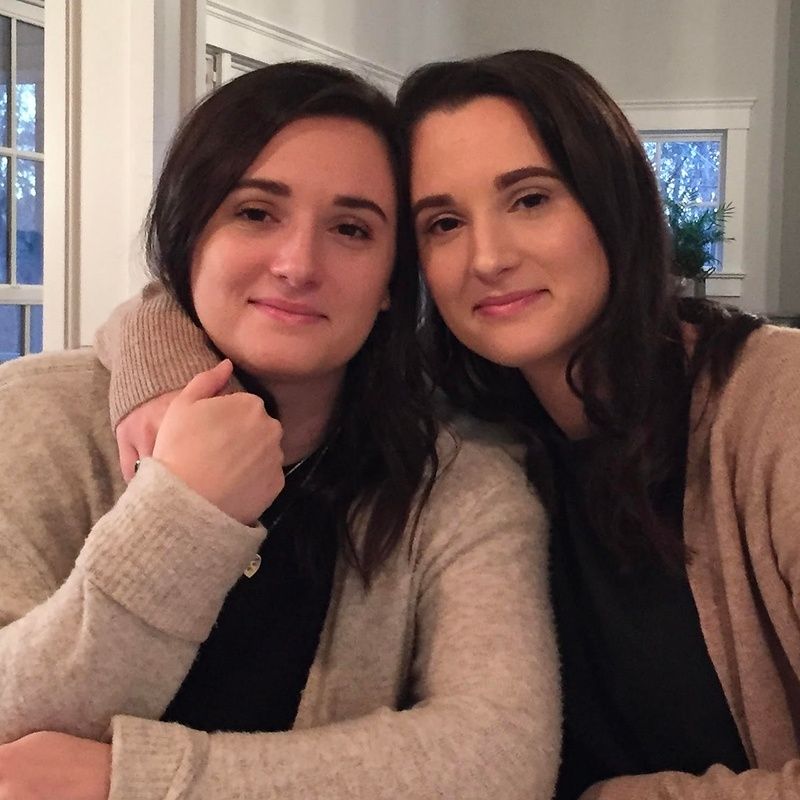 Kayla Kushner, age 25, and Morgan Kushner, age 25, of Raleigh, NC, entered the world together on a cold, icy day in February of 1996. They were beloved daughters, granddaughters, nieces, and friends. They left the world as they entered it, together, on Sunday, January 9, 2022. Their loss leaves a void in the lives of their parents, family members, loved ones, and friends, but all who loved them know they left the world far more beautiful than they found it.

Morgan and Kayla shared the unique bond of twin sisters and best friends, supporting one another as they grew into passionate, individual women. As children, they were homeschooled by their mother Mary as they grew up in their hometown of Advance, NC. At that time in their lives, they were blessed to have faithful friends in the Ruble girls and Hailey Gough. They attended high school at Westchester Country Day School in High Point, NC, where they were competitive volleyball players and built amazing relationships with a close-knit group of friends. Their lives changed for the better when Lea Rasenberger, a German exchange student, lived with the Kushners for a year. She became a sister to them and has remained a part of the family ever since. In their final year of high school, Morgan won the Senior Speech Award for her composition and presentation about being twins, a unit yet individuals.

Morgan and Kayla graduated with the Class of 2019 from Meredith College in Raleigh, NC. Morgan studied Public Relations, Interpersonal Communication, and Professional Writing. Kayla studied Mass Communication, Public Relations, Photography, and Professional Writing. Kayla was awarded the Cleta Johnson Award for her photograph "Affixed #3," on twin identity, about which she wrote, "Like other twins, I have faced a lifetime of struggle in creating an identity that is my own. Whether the two are together in physical presence or simply reminded of one another through their own reflection, they are affixed." During their college years, Hannah Tryon Rexrode and Austin Dean Lynn became treasured friends to both girls, the greatest gifts from their time at Meredith.

Following college, Kayla worked as a digital marketing consultant and photographer for several Raleigh-area businesses and individuals, while Morgan advised clients on social media, communications, and digital marketing. They planned to open a marketing and media consulting business together in the near future.

Kayla and Morgan were animal lovers, caring deeply for numerous pets throughout their lives and serving as volunteers in shelters. Morgan's rescue dog, Finch, and their parakeet, Piper, served as loyal companions to them both.

The diversity of Morgan and Kayla's common interests tells the story of two women with voracious appetites to know the world: concerts, travel, photography, scary movies, coffee shops, thrift stores, and spending time with a multitude of special friends.

Morgan will be remembered for her gentle soul and loving heart. She moved through life with a graceful presence, leaving beauty and peace in her wake. She saw the good in everyone she met and always wanted to make others happy. Calm and quiet, she was an excellent listener with a huge heart. Life with Morgan was full of smiles and laughter.

Kayla will be remembered for her fierce loyalty and determined spirit. She lived to see the beauty in the mundane and to capture it with her camera. Kayla's empathy and intuition made her the most intentional friend. Selfless and compassionate, she always put the needs of others before her own. A growing activist, Kayla was never afraid to fight for the causes or people she held dear.

As individuals, Morgan and Kayla could each move mountains, but, together, they were a special force that created a more beautiful, kind world for everyone they knew and every heart they touched. They loved their family deeply and were blessed to have not only parents, but grandparents, aunts, and uncles who helped shape the amazing women they became.

Kayla and Morgan are survived by their devoted parents, Keith and Mary Kushner of Tampa, FL; grandmother, Harriet Rhyne of Mount Pleasant, SC; grandfather, John R. Kushner of Cleveland, SC; adopted grandmother, JoAnn Ruby of Oldsmar, FL; and numerous uncles, aunts, cousins, and friends, including Kayla's loving boyfriend, Brennan Callen, of Raleigh, NC. They were predeceased by their grandfather, Charles Rhyne, Sr., grandmother, Barbara Kushner, and adopted grandfather, Richard Ruby. With a quiet but solid faith, their family knows they are now in the gentle care of their Savior and surrounded by other loved ones. The family cherishes the love, support, and prayers from their home church, River Oaks Community Church of Clemmons, NC, including its staff, members, and missionaries.

it isn't blood that makes you my sister
it's how you understand my heart
as if you carry it
in your body
-Rupi Kaur, The Sun and Her Flowers - a book of poetry gifted to Morgan from Kayla

In lieu of flowers, to honor both Kayla and Morgan Kushner, we encourage donations to the following organizations: