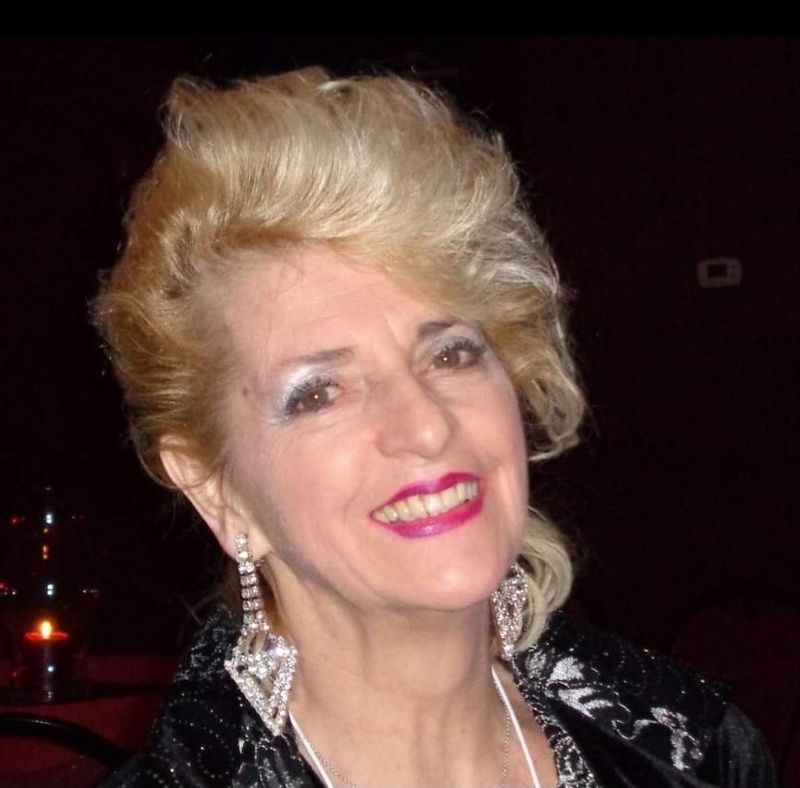 Kathleen Aldridge Strock, 78, of Bonneau, SC, wife of Doyle McClain Strock, has gone to decorate Heaven on Tuesday, April 20, 2021, after a long, brave battle with cancer. The family will receive friends Sunday, April 25 from 1:00 pm to 2:00 pm in the J. Henry Stuhr West Ashley Chapel, 3360 Glenn McConnell Pkwy. Her Funeral Service will immediately follow at 2:00 pm. Entombment will be at Live Oak Memorial Gardens.

Kathleen was born January 26, 1943 in San Francisco, CA, daughter of the late Dorothy Ferri Aldridge and the late Fred A. Aldridge. Her family moved to the Charleston, SC area when she was about 12. She met her future husband Doyle McClain Strock at the Fishburn Elementary School Teen Club when she was 13 and he was 14. McClain began chasing her immediately. She was scared of him for a while, but he won her love and they were boyfriend and girlfriend until they married after she graduated from St. Andrews High School and he graduated from the Citadel in 1963. At her death, they had been married for 58 years and lived on the lake at Bonneau Beach, SC.

Kathy loved to dance and was a star on the local TV teenage dance show. She chose to be a full time homemaker, wife, a mother to their three children, and later, a grandmother to their five grandchildren. She was a former Miss Charleston and loved cruising, mountains, snow, beautiful clothes, shoes, and jewelry. She was always beautiful, and dressed to perfection and acted like the sophisticated lady that she was. She loved buying things with which to decorate her home. In a Post and Courier story they did on her, she was called the "Queen of Stuff." She loved cooking great food for her family. She was always very excited about Christmas and shopped all year round so that her family and friends would have a good Christmas. She was the Christmas dinner and present giving lady.

Kathy was preceded in death by her parents and her daughter-in-law, Stephanie Ewing Strock. She is survived by her husband, Doyle McClain Strock; her daughter, Kristin Strock Thomas; son-in-law, Michael Thomas; Kristin and Michael's children, McClain and Keelyn; Keelyn's soon to be born daughter, Skylar Paul; her son, Derek; Derek and Stephanie's children, Dailyn and Lawson; her son, Devin; Devin's and his ex-wife Jennifer Strock's son Austin; her brother, Fred Aldridge, Jr., and his wife Carol Cook Aldridge; and her two chihuahua pups, Taco and Bell.
To order memorial trees or send flowers to the family in memory of Kathleen Aldridge Strock, please visit our flower store.