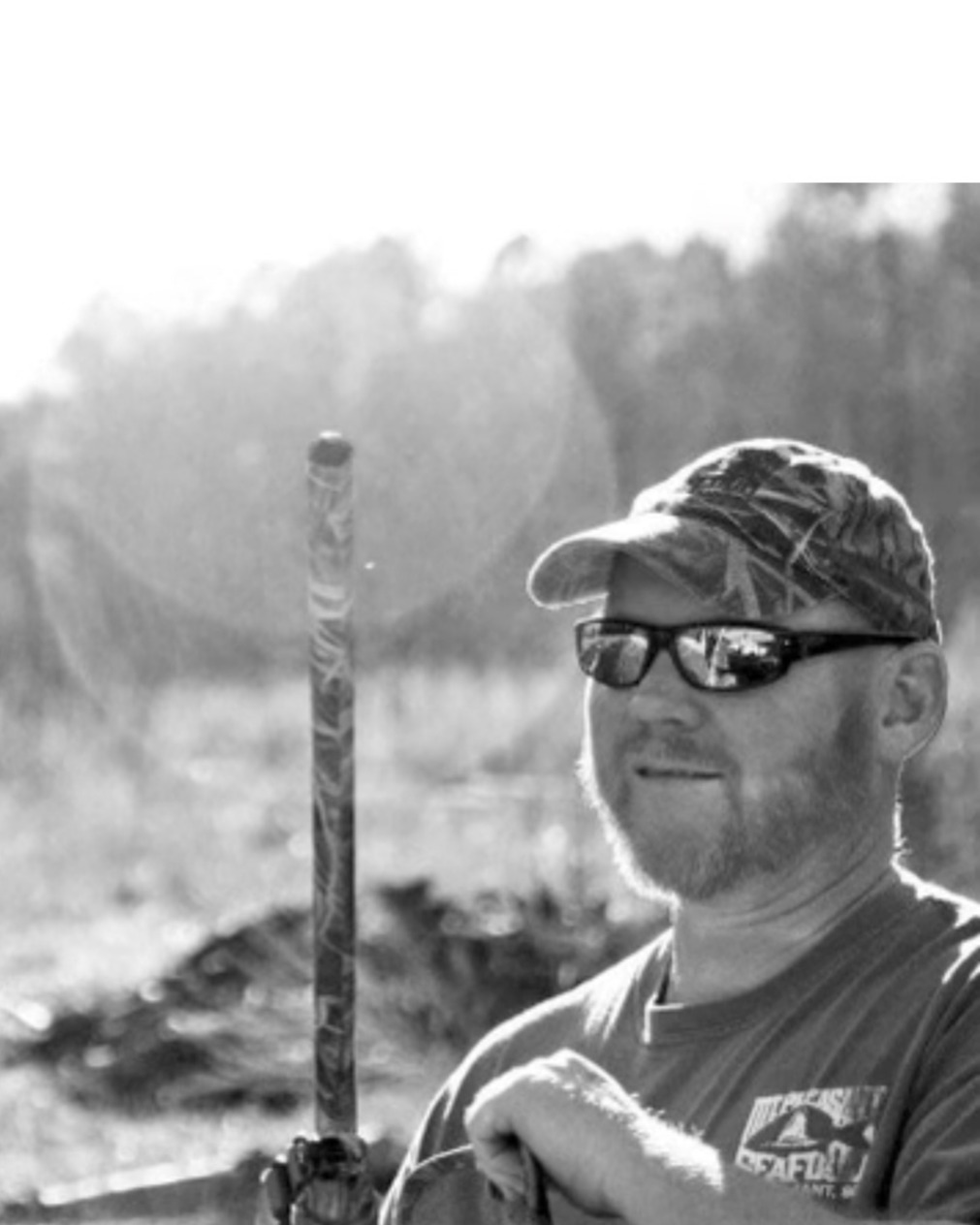 Jay was born February 14, 1972 in Charleston, South Carolina, son of John Woodrow Collins and Joye All Collins. Jay graduated Wando High in 1990 and he attended the College of Charleston as an art student. He was an employee with Mt. Pleasant Seafood for over 30 years. Jay’s job description at the store per the boss was/is: General Manager, Purveyor of fish knowledge and fish cutter extraordinaire, teacher and mentor to many young fisherman throughout the lowcountry, loyal friend and coworker.

He played a large roll in regional skateboarding scene: the following is some insight from friends: Cofounder of The Sullivan’s Island Junkyard, one of Charleston’s earliest DIY skateparks. Beloved local of the George St. Pool, Rasta Ramp, and spots throughout South Carolina and the Southeastern US; longtime member of the Vans & Stuff skateboard team and later The Hanger Skate Park Team; frequent contributor and artist for multiple Charleston-area fanzines in the late 80s; sponsored by Tracker Trucks; featured in Transworld Skateboarding Magazine in the early 90s; early advocate of DIY skateparks and publicly supported skateparks.

Having grown up on Sullivan's Island, Jay was always in love with the water and all aspects of marine life. He spent his lifetime educating himself on all things coastal, near shore and offshore. Fishing, gigging, duck hunting and even picking up rocks(seashells) with his niece and nephews on the beach.  Jay also found his way back to the woods where he enjoyed all things wild…, squirrel hunting, bird hunting and deer hunting. His most recent greatest passion became turkeys. Turkey hunting to Jay was not just a another season but a ten and a half month preparation for the 30+/- days he would spend in the spring woods. The artist in him never subsided and he learned to build wing bone yelpers that are both functional and beautiful.

In addition to his parents, he is survived by his brother, James Key Collins (Ashley) of Mt. Pleasant, SC; niece Dudley Collins and nephews John Travis Collins and James Collins; his uncles, Jim All of Bluffton, SC, J.C. Collins (Ann) of Chapin, SC, and Sherwood Collins (Margaret) of Lexington, SC; and his aunt, Judy Collins of Irmo, SC.

Memorials may be made to: The National Wild Turkey Federation, or Ronald McDonald House Charities of Charleston.

To order memorial trees or send flowers to the family in memory of John Collis "Jay" Collins, please visit our flower store.