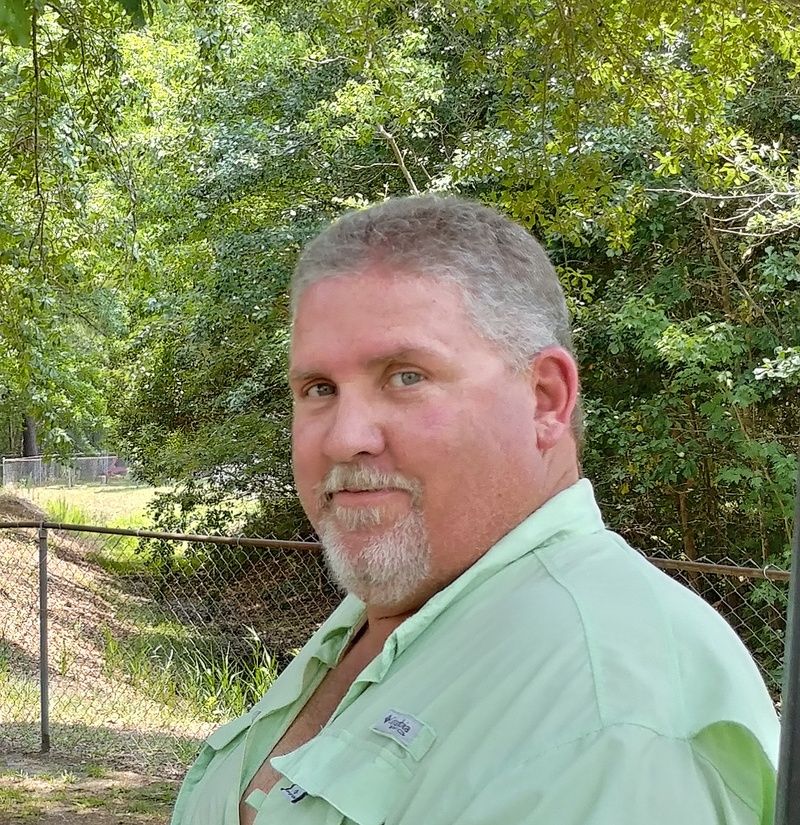 Jody Lee Livingston, 52, husband of Angela Livingston entered into eternal rest on Wednesday, August 11th 2021. There will be a celebration of life held at J. Henry Stuhr, Inc., Northwoods Chapel, 2180 Greenridge Road in North Charleston, SC on Sunday, September 12, 2021 at 2:00 pm; as well as further announcements in his home state of Wisconsin.

Jody was born on July 10th, 1969, in Madison, Wisconsin, the son of Marcia Mae Livingston and the late Darrell Wayne Livingston. He worked as a superintendent for Sanders Brothers Construction for the last 18 years here in South Carolina and previously for Wingra Stone Co. in Wisconsin. Most of his young life was spent as a hard-working midwestern farm boy raising beef cattle with his family. He had a love for playing hockey and of course watching Packers football. He graduated from LaFollette H.S in Madison, WI in 1987. He was also a member of the 1987 State Champion McFarland Blues hockey team. He then went on to receive his degree from UW Madison/Trans American School of Broadcasting. He put his unmistakable voice to work for Y105 and Q106 in the 90s rounding out the era of good country music.

Jody never met a stranger, and his presence is one no one could forget. His sense of humor and laughter could always brighten a room and his love for his family and friends was impossible to miss. Above all else Jody was a loving husband, father, grandfather, uncle, son, and brother. In some way touched the hearts of all that knew him, he was a friend to all and is loved by all.

He was preceded in death by his father and his sister, Tina Marie Livingston.

In lieu of flowers, please consider a donation in his name to help the family with funeral expenses to: https://gofund.me/e22d4bbd
To order memorial trees or send flowers to the family in memory of Jody Lee Livingston, please visit our flower store.