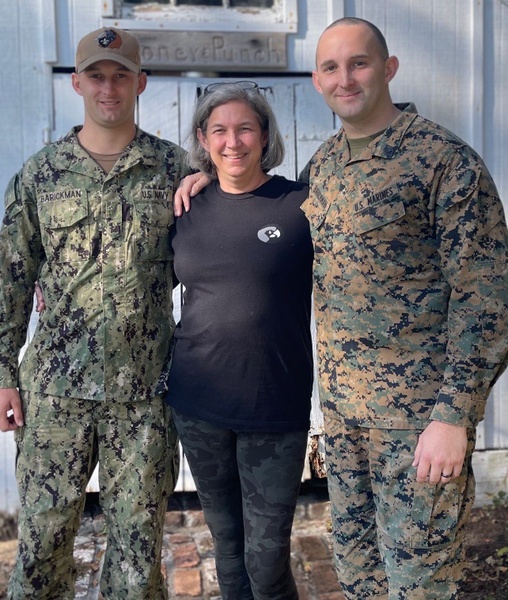 Jennifer S. Barickman of Mount Pleasant passed away unexpectedly on Friday morning, July 29, 2022.  She leaves a close, loving and grieving family and many devoted friends.

She was born April 7, 1965 in Navy Hospital, Quantico, to Nancy and Norman Smith of Mount Pleasant. She called many places home as a youngster following her father's Marine Corps and business career.  She graduated from Shelby (NC) High School and in 1986 from the College of Charleston with a B.S. degree in Psychology. She married Donald Barickman, founding Executive Chef of the acclaimed restaurant Magnolia's in 1991. Twin sons, William Bean and Stuart Caldwell, were born in 1993, and were the love of her life, offering an active and gratifying career as a dedicated and adoring mother. The boys graduated from Charleston Collegiate School and joined the United States Military. William is a Navy Petty Officer stationed in Coronado, CA. He is engaged to marry Gina. Stuart is a Marine Corp Staff Sergeant and drill instructor at Parris Island. Stuart and his darling wife Allison made Jennifer a grandmother when Norah, now three and a half, was delivered in Beaufort. Jennifer was totally involved as "Jen-Jen" to this precious child, spending many hours as most willing sitter and playmate.

Jennifer was blessed with and survived by two younger sisters, Kelly Moneyhun (Richard) and Erin Caldwell, both of Mount Pleasant. The sisters were extremely close friends and confidantes. She thrived as "Aunt Jen" to Emma and Grace Moneyhun, and Olivia and Charlotte Caldwell. She was a good listener, laid back and cheerful, calming, dependable and non-judgmental. Jennifer was an enthusiastic and contributing member of Alcoholics Anonymous, developing numerous genuine friendships as well as volunteering frequently and unobtrusively to help others maintain their coveted sobriety, and through such service insuring her own. Her boys describe her as even tempered, forgiving, open-minded, unselfish and radiating with positive energy.

There will be a visitation starting at 4:00 pm and a memorial service at 5:30 pm Friday, August 5, 2022 in the J. Henry Stuhr, Inc. Mount Pleasant Chapel. Casual attire is encouraged. In lieu of flowers, please consider a contribution to Wake Up Carolina, wakeupcarolina.org, or The College of Charleston Recovery Program, marchantww@cofc.edu.

To order memorial trees or send flowers to the family in memory of Jennifer Smith Barickman, please visit our flower store.
Send a Sympathy Card