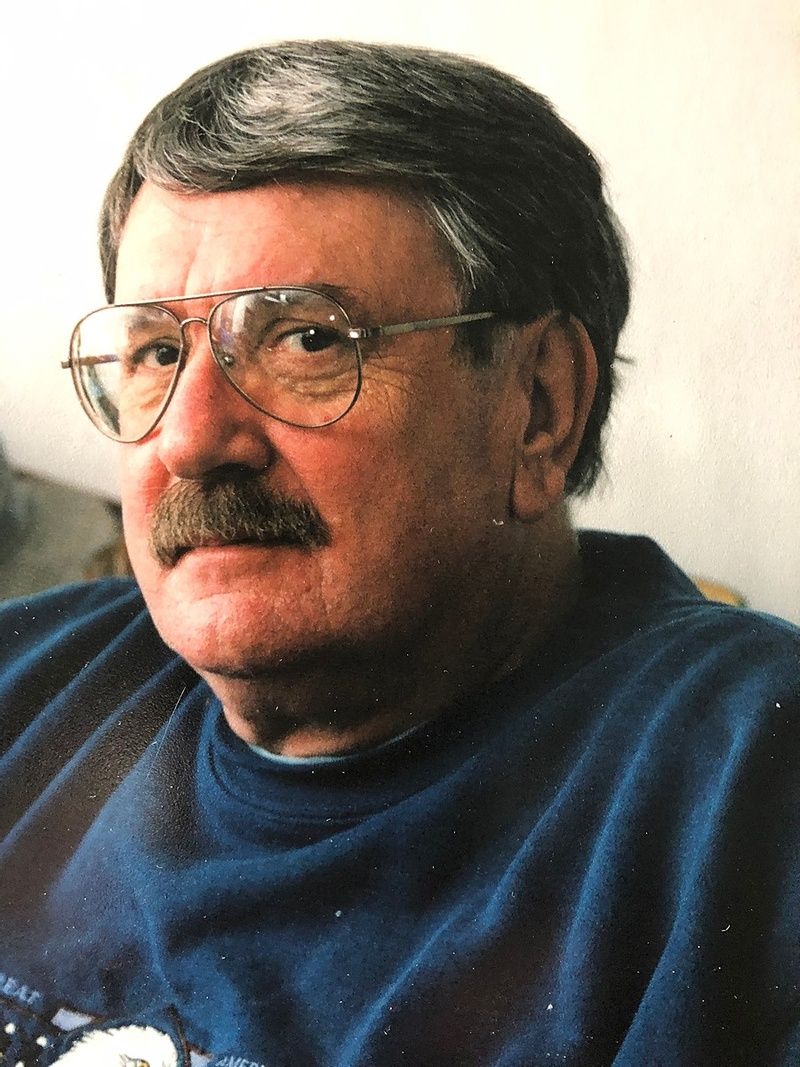 Life Story:
-One of 5 children, Ed was born in Gastonia, NC to Clyde E Moss and Elizabeth Robinson. He graduated from Ashley High School in 1958.

Veteran:
-Ed was in the U.S. Navy from June of 1959 to January of 1964. He was Honorably Discharged as an E4 after serving on the USS Halsey Powell and on the River Patrol in Viet Nam. He was trained by the Navy specializing in radar and sonar equipment operation and maintenance. After being wounded, he recovered for 9 months in the Navy's San Diego hospital facility.
The Navy prepared him well for his next step in his career, sending him to Northwestern University and VPI to obtain his degree in Electrical Engineering.

Post Navy Career:
-Ed was recruited by IBM/NASA to provide electrical and communications expertise for the Gemini space program. NASA was begun in 1958 and Gemini began in January, 1962 to provide early answers to design work for the Apollo moon landing program. IBM was chosen as lead contractor for the development and fabrication of instrument units, data adapters, digital guidance computers, structural and environmental control systems, measuring/telemetry, radio frequency, electrical power, and integration compliance with other systems. Ed helped innovate various electrical and control assemblies placed inside the inner shell of the spacecraft to simplify maintenance tasks. Ten manned missions were flown from 1964-1966 to improve techniques and designs of spacecraft control, rendezvous, docking, and spacewalks. At the time, Ed and his family lived in Titusville, FL near the 111,000 acres occupied by the NASA facilities as the number of NASA employees grew to 34,800 people.
-Ed founded his own Electrical Engineering consulting business to troubleshoot and repair electrical issues in manufacturing and utilities equipment. His talent was the ability to walk into a distressed plant or facility, analyze their electrical issue, and repair the problem quickly. His clients were primarily in the North and South Carolina areas, although other locales soon learned of his abilities to keep their plants running.
-Ed decided to accept a position with the WIX/Dana facility in Gastonia, NC (WIX was one of this consulting firm clients). He was in charge of a group of 100 employees tasked with keeping the 1 Million square foot facility running 24/7. While he was there, he updated and standardized equipment, created a technical library, trained multiple people, and provided on-site advice/specifications for ordering new equipment to increase productivity. He retired from there in Nov., 1998.

Spouse:
-Ed met Linda Schuette in 1995, and they married on Sept. 5, 1998. Together they enjoyed many outside interests including boating in his C-Dory trawler, canoeing, birdwatching, opera, and renovating several homes together.
Survived by:
-Ed passed away peacefully in his sleep at home in Goose Creek, SC (part of metro Charleston). He is survived by his spouse, Linda Schuette Moss (70), brother Alan Moss (70); children – Ed Moss Jr (53), Andrew Moss (49), Christopher Willis (50); grandchildren – Trip Moss, Bailey Foster, Peyton Foster, and Sayer Layne Moss. In addition, he is survived by sisters and brothers in law: Doris Moss, Linda Moss Seibert, Howard Hicks, Marilyn Schuette, Alan Rubin, and Cathy Moss. He has multiple surviving nieces and nephews.

Linda's Tribute:
-Ed was not only my beloved spouse but also my very best friend. We went on so many wonderful adventures together in our nearly 24 years of marriage:
• Watching NASA rocket launches from the Banana River near NASA in our C-Dory
• Throwing a snake out of our canoe while paddling down the Edisto River in SC
• Meeting a gold miner at his remote mine outside Phoenix, AZ
• Petting manatees at our Florida home's backyard canal
• Renovating three homes & moving 5 times for my HR work
• Touring all over Arizona's beautiful parks and monuments
• Attending wonderful opera presentations
• Attending many family reunions, weddings, and events
• Touring beautiful homes like Biltmore, Fallingwater, & multiple Frank Lloyd Wright homes
-Many people remember Ed as carrying around an unlit cigar as his trademark "accessory"
-Ed loved our family get togethers and always looked forward to visits with relatives

Life Celebration:
Ed was adamant that he did not want a service or funeral, but opted for cremation instead. However, you can celebrate his life remotely with us on Sept. 5th (our 24th wedding anniversary). Since he was diabetic, he craved sweets – so let's celebrate his life with your favorite dessert! At 1pm that day, no matter which State or time zone you're in, raise a glass of your favorite beverage and eat a great dessert to honor his memory, & think about what he meant to you.
Also, check out the song "Memories" by Maroon 5. I smile every time I hear it.

Love,
Linda
To order memorial trees or send flowers to the family in memory of James Edward/"Ed" Moss, please visit our flower store.