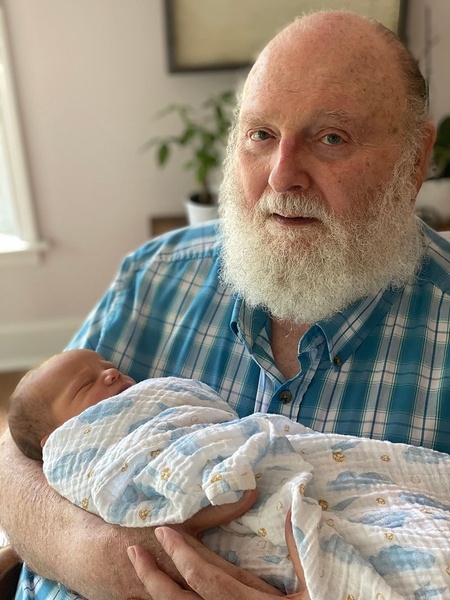 Jim is the son of the late Virginia and James Earle McClelland Jr. He also leaves behind a sister, Marjorie Jane McClelland, of Barrington, RI.
He was born in Wichita, KS, and lived in many different states growing up, but spent his formative years in Barrington, RI. He graduated from Barrington High School, the University of Rhode Island, and received an MBA from Indiana University. He served in Army from 1969 to 1974.

In Barrington, Jim was active in Boy Scouts Troop 2, and he also loved sailing and being around and on the water. He continued that passion at the Barrington Yacht Club. Jim was an active member of the club over the years; not only was the family Pearson "Cheerio" a staple on the club cruises with family and friends, but Jim also served on each of the club's committees. He had an affinity for Race Committee and would never turn down an invitation helping to run regattas. He also served as Commodore from 1985 to 1987 and was honored along with Phyllis as lifetime members before moving to Mount Pleasant.

Jim's family and friends will also remember him for his love of all New England sports teams and following college basketball. He was an avid reader and could often be found with the latest Sue Grafton or Lee Child mystery and crime thrillers.

Jim was a man of few words, but his lifetime of service demonstrates his unending support of his lifelong passions. His capability to chair boards was due to his diplomatic nature and propensity for listening to others. To his family and friends, he was a steady rock of support. He found years of happiness through the yacht club, treasuring his social life and close friends, and enjoyed the people and committees he was a member of. Last but not least, he was always there to support his family. He rarely missed a sports game, was always available to lend an ear without judgment, offered words of wisdom when asked, and found comfort spending time with them until the very end.

A service in celebration and thanksgiving for the life of James Earle McClelland, III will be held at Grace Church Cathedral, 98 Wentworth St, Charleston, Friday, February 11 at 2 p.m.

The family asks that in lieu of flowers, donations be made to:

or a charity of your choice.
To order memorial trees or send flowers to the family in memory of James Earle McClelland, please visit our flower store.