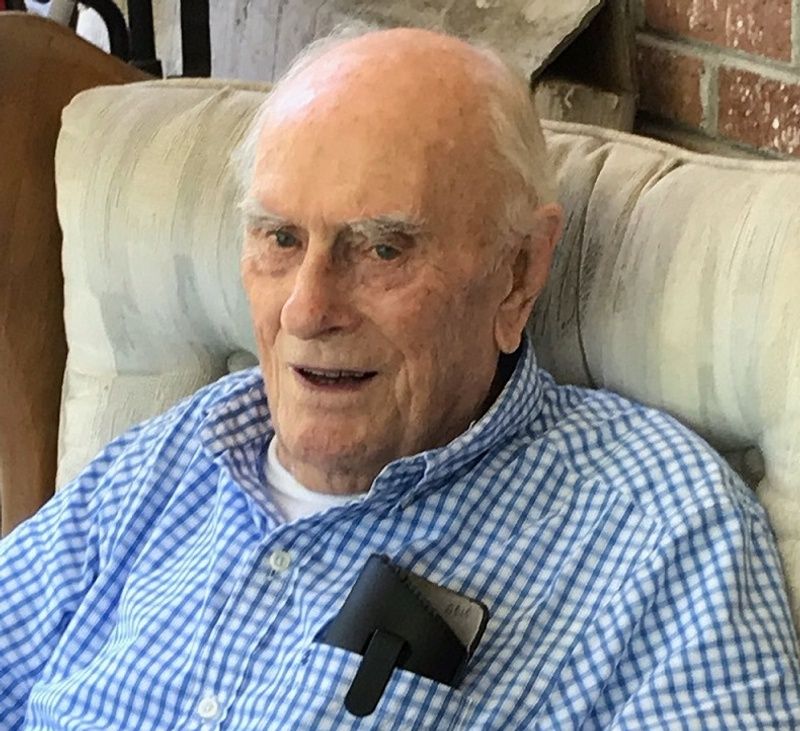 Lee was born May 5, 1923 in Coeburn, Virginia, son of the late Melvin Harrison Odle and Nolie Bitner Odle. He served in the United States Navy as a Radioman First Class during WWII and the Korean Conflict. He received a PRESIDENTIAL UNIT CITATION "For exceptionally meritorious achievement in the performance of outstanding combat service against enemy forces in the Atlantic Ocean area" and received a Bronze Star with Ribbon Bar.

After his service in WWII, Lee began his career with the Stamford, CT Police Force in 1945, leaving temporarily to serve in the Korean War. Upon his return he continued to protect and serve the city of Stamford for a total of 32 years, including a promotion to Lieutenant Detective.

Lee and his wife Dottie were founding and life-long members of Epworth United Methodist Church where they served faithfully and generously for over 30 years. Lee will always be remembered for his leadership and contagious spirit for the Pink Pig Barbeque Church Fundraiser, well known throughout Folly Beach. Additionally, both Lee and Dottie were faithful volunteers at the James Island Outreach.

Lee was preceded in death by his devoted wife of 69 years, Dorothy, two sons: Robert Leon Odle and David James Odle and 10 siblings.

Donations may be made in memory of Lee to Epworth United Methodist Church, 1540 Camp Road, Charleston, SC 29412.
To order memorial trees or send flowers to the family in memory of James Leon Odle, please visit our flower store.