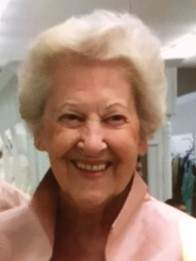 Helen was born November 29, 1927 in Summerville, SC, daughter of the late George Edward Gelzer and Caroline Harvey Gelzer. She was a career civil service employee at the Charleston Naval Station where she was in budget and planning. Helen received numerous honors over her distinguished career working for the Department of the Navy, to include being the recipient of the Superior Civil Service Award.

Memorials may be made to Trinity United Methodist Church, 273 Meeting Street, Charleston, SC 29401.

To order memorial trees or send flowers to the family in memory of Helen Inez Gelzer Robbins, please visit our flower store.