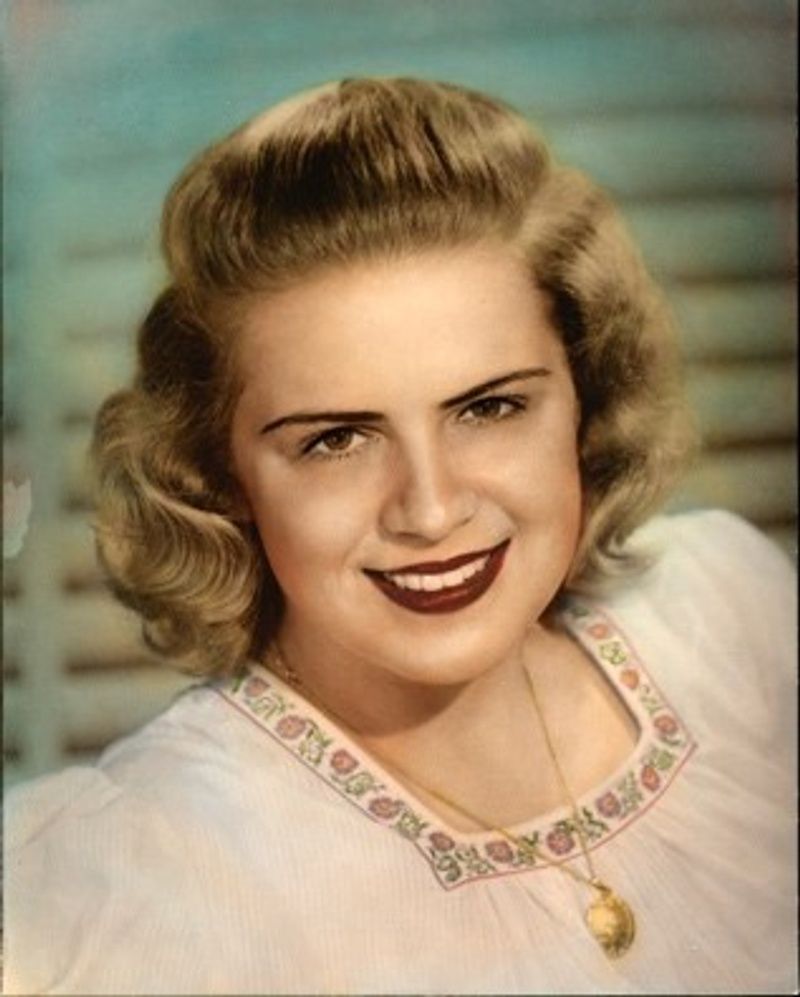 Harriott Jerdone Welch of James Island died in her home on Sunday, December 19, 2021. When she died, she was "as old as her tongue, and a little older than her teeth," as she would often say. A graveside service will be held on Friday, December 24, 2021 at Saint James Anglican Church, 1872 Camp Road, James Island at 11:00 a.m. (Masks are recommended but not required.) Arrangements by J. Henry Stuhr, Inc. Downtown Chapel.

Born in Charleston, a fact of which she was most proud, Harriott was the third daughter of John Jerdone of Bloomsbury, VA and Harriott Gadsden Holmes Jerdone of Charleston, SC. Her sisters were Katherine Jerdone Mikell Rogers, Frances Jerdone Nixon, and Jeanne Jerdone Frampton. Harriott was named after her mother, with whom she was very close. As a young girl, she would take walks with her dad and sisters around the Battery each night, and sometimes sneak off to Colonial Lake with her "Battery Bums" to row boats and get into other mischief. Some of her favorite memories of childhood included swimming with her mom in the warm waves at Sullivan's Island and making ice cream and divinity with her dad, sisters, and neighborhood friends each Sunday.

Harriott was very proud that she was the captain of her high school basketball team even though she was its shortest player. She also swam competitively, and her love of sports continued throughout her adult life as she rooted for the Dodgers, Tiger Woods, and Roger Federer.

Harriott had many roles throughout her life: she was a beloved daughter and sister; the devoted wife of Colonel Robert Ellis Welch, USAF; mother of Robert Ellis Welch, Jr., John Jerdone Welch, and Harriott Holmes Welch; fun-loving grandmother of Wendy, Julia, Robin, Jenny, John, and Sam Welch, Roddie Hughes, and Georgette Miller; great-grandmother of Emma, Cami, and Cecilia Welch and Leo, Ruby, and Henry Cantrell; and dear companion to her many friends.

Harriott was a member of St. James Episcopal (now Anglican) Church and St. Anne's Altar Guild. She was a fantastic cook and made the world's best root beer floats, butterscotch brownies, and Charlotte Russe. She was an avid card player and enjoyed playing bridge with her girlfriends into her 80's.

Harriott had her own sense of style, which included bright, colorful dresses, sparkly earrings, Mary Jane shoes, Love that Red Revlon lipstick, and a perfectly coiffed head of thick, golden hair -- a style she never veered from for 50 years, even into her 90's.

During the last decade of her life, Harriott was blessed to have a team of caretakers - Stella and Dee Lewis, Brenda Scott, Nell Shivers, and Mamie and Cynthia Smalls -- who became dear friends to her and her entire family. They took incredibly good care of her, and her family thanks them all for their love and devotion and compassionate work.

In lieu of flowers, please give someone you love a big hug … and help someone you don't know … in her honor. In one of her final prayers, she said, "Dear Lord, help us to be happy. Help us to do what you want us to do. Help us to be thankful and want less. In Jesus' name we pray. Amen."
To order memorial trees or send flowers to the family in memory of Harriott Jerdone Welch, please visit our flower store.