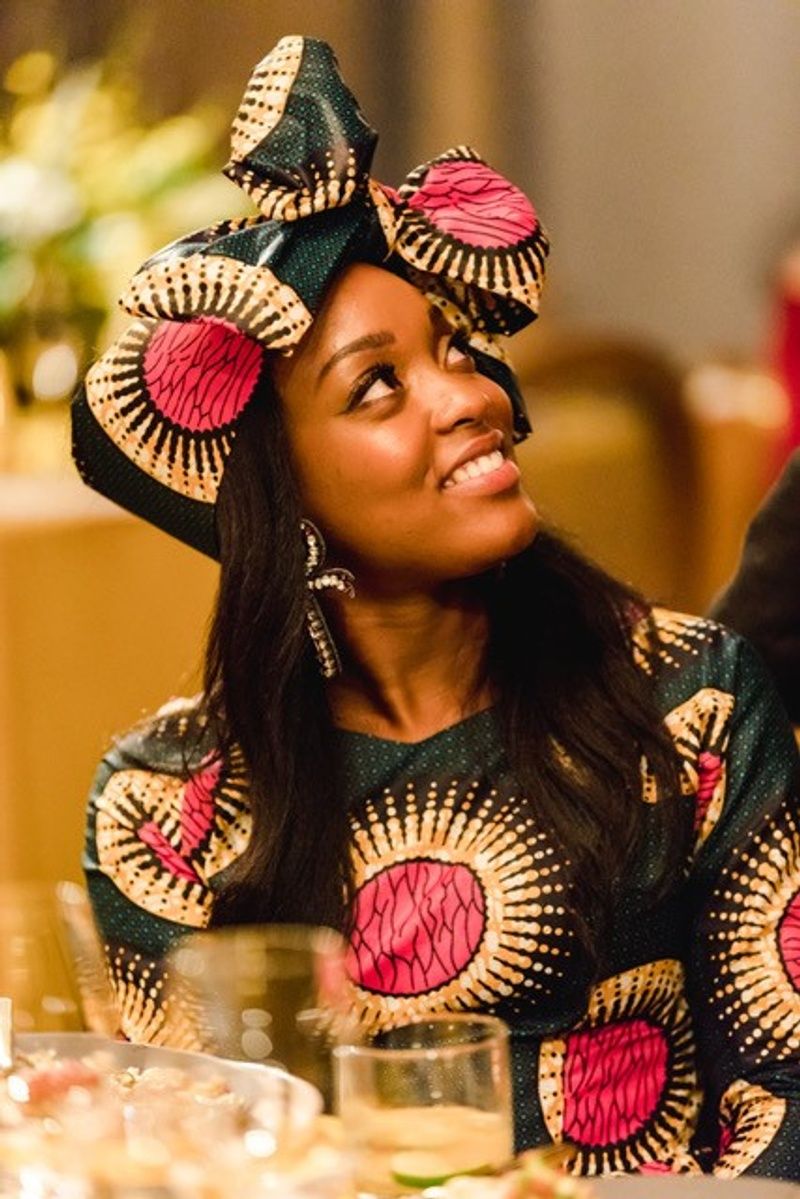 Hamidatu Fatmata Ravenel Patrick, 33, passed away in the early hours of July 1, 2021 from complications of cancer. Hamida was a loving mother, a devoted wife, a proud daughter, supportive sister, and a giving and gracious friend. Hamida was born on July 28, 1987, in Charleston, SC to Phillip and Hawanatu Fofana Ravenel. She graduated from Academic Magnet High School in 2005 and received her B.S. in Political Science from the University of South Carolina in 2010.

Following graduation, she began working in retail and fashion in Columbia, SC, before returning to Charleston. Her retail experience led to a lifelong passion for design and style that followed her through each subsequent career move. She worked in several retail locations in Charleston before most recently working as Sales Manager of Hampden Clothing on King Street. In 2018, she made the courageous decision to leave the retail world and form Rivet Concierge with her partner Blaine Wise. Rivet provided services ranging from vacation experiences to small event planning, but the business was unfortunately put on hold following Hamida's cancer diagnosis in 2019.

Hamida met her husband Charles Patrick III while both were attending Academic Magnet High School, however they did not begin their relationship until nearly fifteen years later. They married in February 2018 and took the opportunity to travel the globe for several months before settling down in downtown Charleston. Their son Charles IV was born on December 17, 2019. Hamida's most treasured moments were with her son Charles- there was nothing else more important to her.

In addition to her personal and professional life, Hamida was a proud member of the Board of Directors of Big Brothers Big Sisters of the Lowcountry. She was also a member of the Lovely Mountain Baptist Church in North Charleston, SC. Hamida was preceded in death by grandparents Melvin and Lillie Mae Ravenel, and Issa and Fatu Bangura. She is survived by her husband, Charles William Patrick III; her son Charles William Patrick IV; her parents, Phillip and Hawanatu Ravenel; her brothers Kevin Ravenel, P.J. Hooks (Germanie) and Ahmed Ravenel, and countless nieces, nephews, cousins, aunts, uncles, and in-laws spread throughout the Lowcountry and beyond.

The relatives and friends of Mrs. Hamida Patrick are invited to attend her funeral service at 11:00 AM, Wednesday, July 14, 2021, at the Cedar Room, located at 701 East Bay St, Charleston, SC 29403. A reception will follow at Union Station, located at 652-A King St., Charleston, SC, 29403. Interment will take place in Charleston, SC in a private ceremony at a later date. The funeral will also be available via livestream at:
To order memorial trees or send flowers to the family in memory of Hamidatu Fatmata Ravenel Patrick, please visit our flower store.