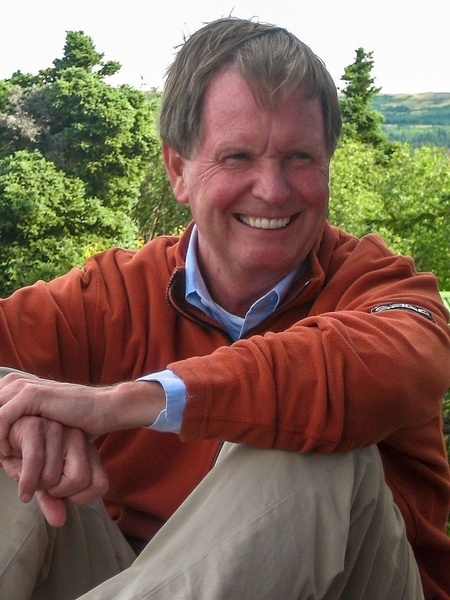 George William Henderson III, known to his family and friends as Bunky, passed away on February 13, 2022. He was surrounded by family at his home in Charleston, SC.

Bunky lived a full and extraordinary life, characterized by a rewarding career and an extensive record of service to the communities in which he lived. Above all, Bunky dedicated his life to personal relationships. He was a devoted husband, a beloved father and grandfather, and an unwavering friend to the loyal companions that brought him so much laughter, support, and immeasurable love over the years. These relationships were Bunky's life's work, and they remain a priceless gift to those who will miss him dearly and think of him often.

Born on September 26, 1948, in Roanoke, VA, the son of George William Henderson Jr. and Jean Killey Henderson, Bunky lived most of his childhood in Atlanta, GA, where he was blessed with many fond memories and lifelong friends. Upon graduating from Episcopal High School in Alexandria, VA, he matriculated to the University of North Carolina at Chapel Hill, where he was a member of the Phi Delta Theta fraternity and the Order of Gimghoul. After graduating from UNC, he became a Lieutenant (j.g.) in the U.S. Navy and served as Operations and Salvage Diving officer on the USS Deliver (ARS-23). He was later awarded the Navy Achievement Medal for his service in Vietnam.


Returning home, Bunky earned his MBA from Emory University and went to work for Burlington Industries, one of the largest textile companies in the world. In his 28 years at Burlington, he served in a number of leadership roles that took him around the world, including positions based in Atlanta, London, New York, and Greensboro, NC. He was particularly fond of Greensboro, where he raised his family and lived from 1986 to 2017. After successfully serving as President of the Denim Division and Lee's Carpets, Bunky was named President & CEO of Burlington in 1994 at the age of 46. He was eventually elected Chairman and served in that role until the company was sold in 2003.

Following his "retirement" in 2003, Bunky's career had a remarkable second act that brought him a great deal of joy and pride. He served on the Board of Directors of Jefferson Pilot, Wachovia Corporation, Lincoln National, Turnpike Properties, and Basset Furniture Industries. He also served on the Board of Visitors for the UNC Kenan-Flagler Business School, in addition to a number of non-profit organizations.

Throughout his career, Bunky earned the respect of his peers and colleagues through his humility, his open-minded approach, and his determination to succeed. More than anything else, he was guided by his resolute commitment to "do the right thing" at all times, a core principle he instilled in his children and grandchildren. He will also be remembered for his deeply optimistic world view and contagious sense of humor.

Bunky was an avid golfer and forever grateful for the friendships and opportunities the game brought to him. He held memberships at Royal St. George's, Seminole Golf Club, and Yeamans Hall. He was past President of both the Greensboro Country Club and the Roaring Gap Club. Bunky was always modest about his golf game, but he was quietly competitive and always seemed to be at his best when the pressure was on - nobody ever counted him out of a hole.

Later in life, he developed a love for fly fishing and became familiar with, among other places, the beautiful and challenging rivers of New Zealand. Bunky was always most relaxed at his mountain house in Roaring Gap, NC, where he enjoyed spending time with family and friends.

Bunky is survived by his wife Lindsay, to whom he was engaged after a two-month courtship. Bunky was always the first to admit that he married "way over his head," and their 50-year partnership serves as a true inspiration to those who know them. He is also survived by his two children, George William Henderson IV and Stephanie Henderson Molster (John); his four grandchildren, Julia Brito Henderson, William Brito Henderson, John Sanford Molster III ("Ford"), and George Henderson Molster; his sister Ann Henderson Martin (Robert); and a number of dear friends that he considered to be family.

A celebration of Bunky's life will be held at Grace Church Cathedral at 98 Wentworth Street in Charleston, SC, on Friday, February 18, 2022 at 2:00 p.m.
To order memorial trees or send flowers to the family in memory of George "Bunky" William Henderson, please visit our flower store.