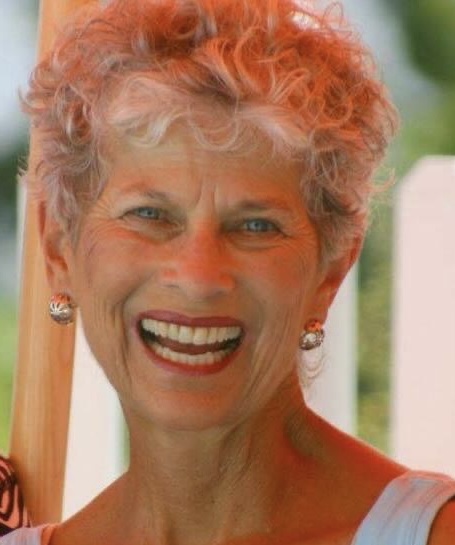 Frances LaNelle Combs of Isle of Palms, SC passed away on May 24, 2022 at the age of 77. A private family service will be held in St. Michael’s Church. Arrangements by J. Henry Stuhr, Inc. Downtown Chapel.

A 1963 graduate of Goldsboro High School in Goldsboro, NC, LaNelle became a flight attendant with Eastern Airlines.  Later she went to dental school to become a dental assistant.  LaNelle married Robert M. Combs on June 10, 1967 and became the best Navy wife ever!  She raised two daughters and was always a disciple of Jesus. Wherever she went, LaNelle shared the Gospel, and the light of Jesus always showed through her bright smile.

LaNelle made hundreds of friends as she moved with her Navy husband all over the country. Her Christmas letters were legendary and always a joy to receive. Her voice was unmistakable.

She was preceded in death by her father, Ernest Linwood Jones; her mother, Virginia Wellington Hoffler Jones; and her brother, Allan Linwood Jones.

LaNelle is survived by her husband, Robert M. Combs; daughters: Elizabeth Wellington Shirley (Randy) and Hadley Meredith Reinert (Christian); grandchildren: Robert R. Shirley, Anna C. Shirley and Harper G. Reinert; along with her Hoffler cousins and her precious lifelong friends The BTW’s of whom she was “the Chief.”

LaNelle will be missed by all friends whom she touched with her love, her famous smile, her love of Jesus and her pimiento cheese.

In lieu of flowers, memorials may be made to the Alzheimer’s Association, 2090 Executive Hall Road, Suite 130, Charleston, SC 29407.

To order memorial trees or send flowers to the family in memory of Frances LaNelle Jones Combs, please visit our flower store.
Send a Sympathy Card