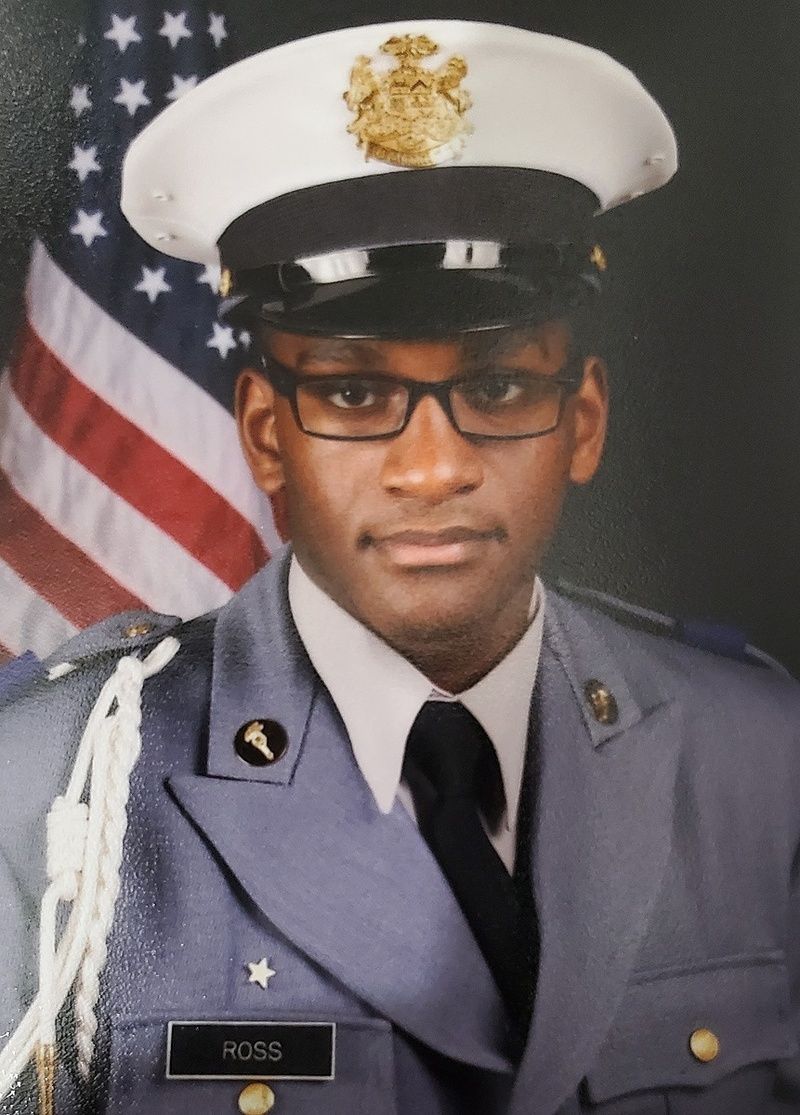 Ellis Barry "BJ" Ross, Jr., was born March 6, 2002, to Helen and Barry Ross. He was a happy and active baby. BJ was a wonderful, gentle soul who drew people in as friends through a welcoming respectful demeanor and congenial disposition. Though the many who love him feel he is gone much too soon, he leaves a legacy of honor and accomplishments that rival many who had much more time. One of the many ways parents Helen and Barry poured out their love onto BJ was through shepherding his education.

BJ attended preschool at the West Ashley Learning Hub and Kindergarten and first grade at the Porter Guard School. He was home-schooled for second grade by Mom Helen. BJ completed grades three through eight at the Charleston Day School where he earned Citizen of the Month during his last year and his principal observed BJ was a "young man poised to accomplish just about anything he puts his mind to." BJ's performance was superlative (maintaining an A-B average) and earning the Barry D. Gumb, Jr. Scholarship Award in 2016. His work at Charleston Day earned BJ a full scholarship to attend Phillips Academy-Andover, in Andover, Massachusetts. After completing two years at Andover, BJ transferred to and graduated with honors from Camden Military Academy, Camden, South Carolina in 2020. At Camden, he was an outstanding scholar and a strategic leader. BJ became a staff sergeant and was record-keeper for his barracks. In this role, BJ was responsible for recording attendance and documenting behavioral compliance actions for other students posted by the Camden faculty. He collected actions from professors and recorded where actions would be applied. In this work BJ supervised another high school student. Another, perhaps less desirable, role was serving as counselor for students with repeat behavioral noncompliance. Having outpaced many colleagues in completing the high school curriculum, BJ left Camden Academy with a full year of college coursework when he graduated in 2020. That fall BJ enrolled at the University of South Carolina's Darla More School of Business as a sophomore pursuing a bachelor's of arts degree in Supply Chain Management and Distribution with a concentration in Business Analytics. BJ completed his second full year of college remotely during the coronavirus pandemic. During his sophomore year, BJ started to write independently. One thing he did was to create new characters with full story lines for video games he played, receiving more than 2000 followers who sometimes requested that he create other characters. Those stories were copy-righted completely. Once BJ realized there were blacks in Japan for centuries, he began creating black anime characters in feudal Japan. With Mom's prompting BJ began writing a book about a black warrior and released chapters that also were copyrighted. When he moved onto campus in fall 2021, BJ kept up his high academic performance and joined the Anime Club that presented an outlet for his abundant creativity. Throughout his education, BJ completed disciplined study and became fluent in Chinese and Spanish. At USC he was beginning to study and develop fluency in Japanese. An avid and competitive swimmer, BJ began swimming lessons at age 6 and continued until he mastered the four swimming strokes that year. BJ then joined the Charleston Southern Marlin Racing team for eight-years and under, and at age 8 won the 25-meter backstroke competition in Savannah, Georgia. By age 10, BJ was ranked boys number seven in the state. In eighth grade, BJ set a Charleston Southern Marlins Racing team record in free style. He swam in competitions in Rock Hill, Savannah, Augusta, Charleston, and Mt. Pleasant. BJ's long course relay team won the state title as the number one team in the State of South Carolina in 2016. In addition to participating with the Charleston Southern Marlins, BJ swam and competed in summer league neighborhood competitions with the Shadowmoss Sharks of the Coastal Carolina Aquatic Association (CCAA). In his graduation speech from Charleston Day School, BJ shared how perseverance and focus pay off. In grade seven he had his first seizure and initially was told he would not be able to continue swimming. He loved and wanted to get into the water and continue swimming. BJ committed, even though for a while it was slow-going. He had to relearn body movements for swimming. BJ consistently balanced school, relearning swimming while wearing a body brace for scoliosis, but through perseverance and focus he overcame and was able to get back to doing the swimming that he loved. During the summer before enrolling at Andover, BJ participated in the ACE transition program, wherein he deeply impressed the swimming coach who ran the ACE program.

BJ was a skilled academic writer and was pursuing a minor in professional writing. A creative and systematic thinker, BJ began classical guitar and keyboard lessons at Andover and advanced his music abilities by working to teach himself the electric guitar.

BJ had a strong sense of responsibility. He could be counted on to follow through with commitments he made. As a child and adolescent when he got into trouble, as all children do, BJ's sense of responsibility compelled him to write his parents, sometimes quite long, letters of explanation and apology. BJ knew his own mind and he spoke it, though never with harsh or condescending words. He offered reasoned arguments for his positions, and was willing to consider other points of view.

He will be missed dearly by Mom and Dad, Helen and Ellis Barry Ross, and a host of loving aunts, uncles, cousins, other relatives and friends who will cherish wonderful memories of him.
To order memorial trees or send flowers to the family in memory of Ellis Barry "BJ" Ross, please visit our flower store.