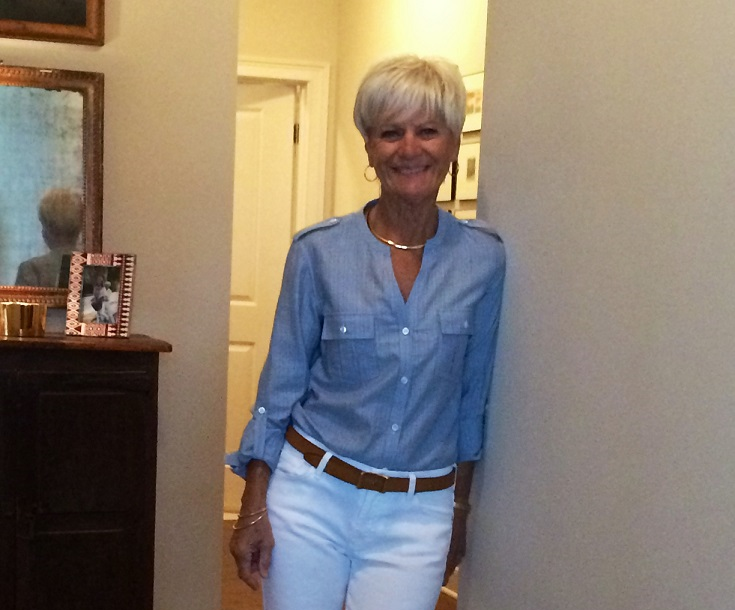 On Wednesday, April 13, 2022, Edwina Camoin Marooney, 79, entered into eternal rest surrounded by her beloved husband of 59 years, four children, and grandchildren. Edwina was born on September 15, 1942, in Astoria, New York, the only daughter to Romeo and Ludwina Camoin and younger sister to Robert Camoin. Perpetually spirited "Eddy" was appointed captain of cheerleaders and graduated from Long Island High School in 1960.

Edwina worked in the 5th Avenue office of Weyerhaeuser until she met the love of her life and future husband, Richie Marooney, also of Astoria, New York.  Married on September 8th, 1962, Edwina began a fulfilling domestic life alongside Richie. With their firstborn son Richard James (b.1964) and their Wire Fox Terrier, "McGregor," in tow, they moved into their first home in Huntington, Long Island, New York in 1965.  A baby girl, Corinne Elizabeth followed (b.1966) and in 1968 they became a family of five when son Michael Brian was born. The summer of 1973 marked the birth of Kristen Anne and the family's decision to move to Chestnut Hill Drive in New Fairfield, Connecticut where the family lived until the spring of 1994.

In the coming years, Edwina juggled the active schedules of her children, added two more dogs, Princess and Heidi, tended her gardens, played tennis and other games with the close-knit community of New Fairfield, volunteered as a nurse's aid at Danbury Hospital, visited their Cape Cod vacation house frequently and worked as a full-time Executive Assistant at Branson Ultrasonics from 1980 to 1994.

Edwina was predeceased by her grandson Ryan Marooney.

A Mass of Christian Burial will be celebrated, on May 17th at 10:30am, at Christ Our King Catholic Church, Mt. Pleasant, South Carolina. Prayers of Final Commendation and Farewell will be held at a later date in Mountain View Cemetery, New Fairfield, CT. Arrangements by J. Henry Stuhr, Inc. Mount Pleasant Chapel.

To order memorial trees or send flowers to the family in memory of Edwina Camoin Marooney, please visit our flower store.
Send a Sympathy Card