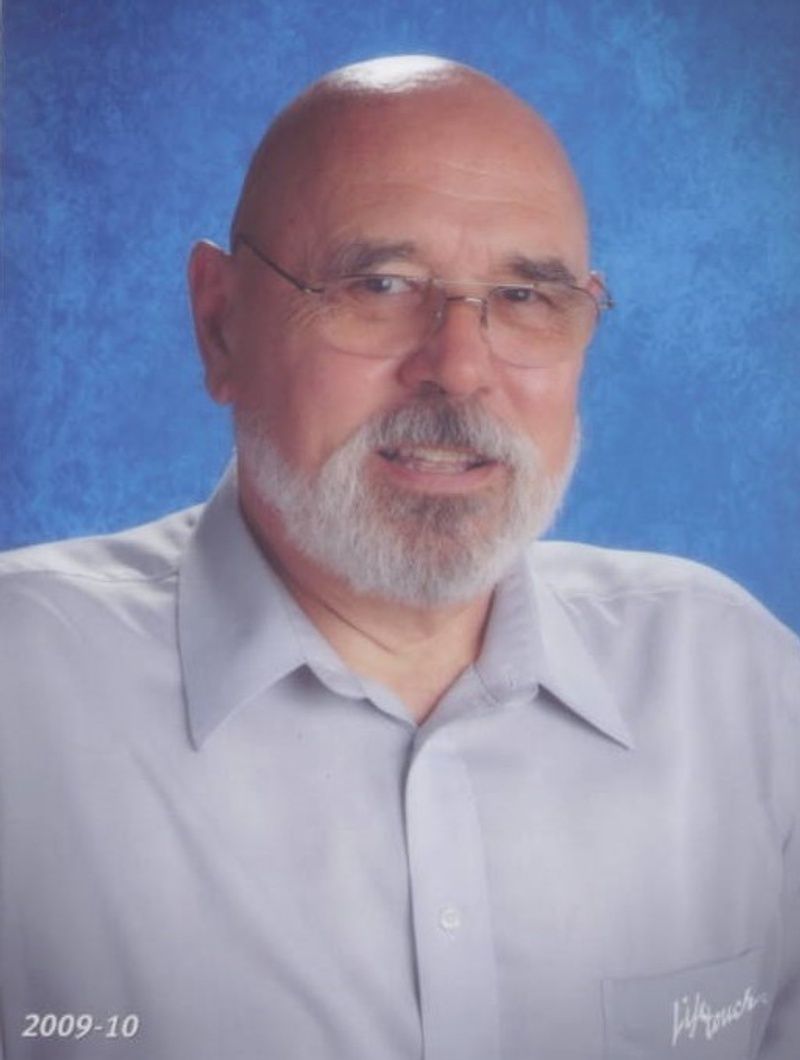 Edward Heusinger Jr. 77, husband of Suzanne Heusinger, of Ladson returned to his heavenly home on Saturday, May 29, 2021 surrounded by his family. His family will remember him as a loving husband, father and grandfather who delighted in the company and accomplishments of his family.
Edward was born January 7, 1944 in Ft. Benning GA ; he was the first son of Edward Heusinger, Sr. and Florence Warham Heusinger . He graduated from Orchard Park High School and earned an associate's degree from Mohegan Community College. Edward served as an electronic technician in the United States Navy for 20 years. He began his naval career at the USN Training Center in Great Lakes, IL, with the following commissions: at the US Naval Station in Trinidad, on the USS North Hampton, one year at NESEP at the University of Colorado at Boulder (where he met Suzanne), at SSC San Diego CA, on the USS Bon Home Richard, on the USS Tulare, at the Naval Recruiting District, Chicago, IL, and finally on the USS Trippe, Charleston, SC. After retiring as a Master Chief from the USN, he worked for TDS and SPAWAR as an electronic technician. He also worked as a special education assistant at Stratford High School.

Edward lived out his faith as a long-time member of Messiah Lutheran Church in Hanahan, SC. At Messiah Lutheran, he sang for many years in the choir, served on the church council as a member of Lutheran Men in Mission and assisted with various ministries including vacation Bible school. He was also a founding board member of "Lutheran Social Services" (now Tri-county Family Ministries).
Edward enthusiastically volunteered at Stratford High School with the athletic booster club when his sons were in school and continued as a fan for many years to come. Later, as the father of a coach, "Papa Huey" volunteered as the announcer for soccer games for 20 years and JV football games for many years.
Through the years, Edward also volunteered with Thrivent, the National Exchange Club and at College Park Elementary where his local grandchildren attended school.

Ed's family would like to thank everyone who has reached out to us through prayer, gifts of food and many other kindnesses during our time of mourning.
The family will receive visitors in the fellowship hall of Messiah Lutheran Church from 5-7PM on Thursday, June 3, 2021. A memorial service will be held on Friday, June 4 at 11:00AM at Messiah Lutheran Church in Hanahan. Interment with a private service for family will follow at a later date at Beaufort National Cemetery.

In lieu of flowers, the family requests that memorials be made to Messiah Lutheran Church, 1106 Yeaman's Hall Rd., Hanahan, SC 29410 or the Lukemia and Lymphoma Society (lls.org).
To order memorial trees or send flowers to the family in memory of Edward Heusinger, please visit our flower store.