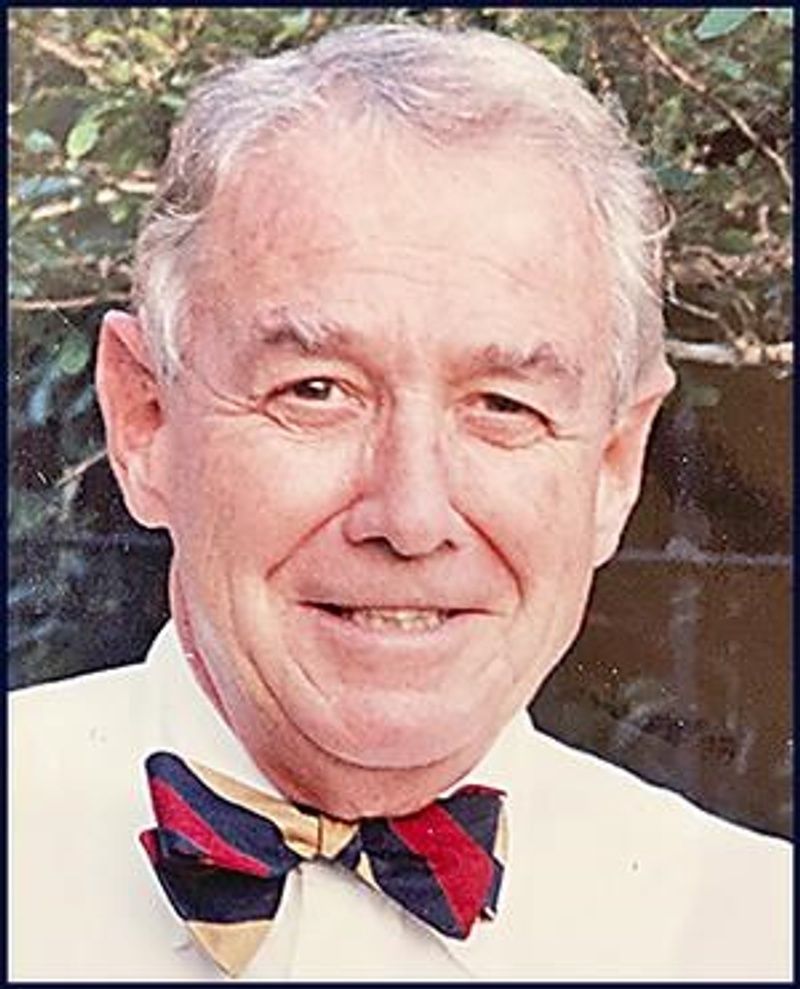 Dr. Henry (Harry) Baker Gregorie, Jr., MD passed away peacefully in the presence of family at his beloved Plum Hill Plantation home on the banks of the Combahee River near Yemassee, South Carolina.

Born September 11, 1928 in Gastonia, NC, he was the son of Henry Baker Gregorie, Sr. and Edith Anderson Gregorie. Harry's family were natives of the Lowcountry- his Father grew up in rural Colleton County in a hamlet known as McPhersonville while his Mother was born and raised out on Edisto Island.
Harry was a third generation graduate of Porter Military Academy in 1945 and went on to receive a BS in Chemistry at the University of the South, Sewanee, TN in 1949. Years later he took great pride serving on Sewanee's Board of Trustees, where he was instrumental in the school's decision to finally admit women. His future career in medicine was sealed when he wrote a final exam in the required German elective necessary to graduate so illegibly that his Professor could not read it and so gave him a passing grade. He graduated with Honors from the Medical University of SC in 1953 and went on to complete his Internship and Residency in General & Thoracic surgery at Roper Hospital and MUSC.

From 1955-1957 he served as a Captain in the US Air Force Medical Corps and was posted overseas in England. Harry was married for over 66 years to Rebecca Jane Ward Gregorie of Rock Hill, SC.

He was predeceased by his daughter, Dicksie G. Johnson (Francis) of Charleston and is survived by his sons, Harry Gregorie, III (Cathy) and Brien (Margaret) and daughters, Etta Connolly (Tommy), Dr. Becky Baird, MD (David), Dr. Ann Kulze, MD (John), Jane NC Gregorie (Greg), 23 grandchildren and 3 great- grandchildren.
The defining aspects of Harry's life were his deep faith in Christ (he was a devoted member of St. Philip's Church, where he served on the Vestry), love of family and unselfishly serving others for over 50 years as a medical doctor. This calling was practically preordained as his paternal grandfather and great-grandfather were both Surgeons. He also married into a prominent medical family as his father-in-law was a Surgeon while seven of his brothers-in-law were MD's.
Harry was truly blessed to be hired and mentored by Dr. Edward F. Parker, MD, an iconic Charleston Surgeon and a distinguished Professor of Surgery at MUSC. He loved Eddy Parker and it was only fitting and a source of immense pleasure that many years later Harry would in turn mentor and practice with his son Dr. Telfair (Tee) Parker, MD, who went on to a long, highly successful career with Harry's surgical practice (Surgical Associates of Charleston).

Harry's busy career in Surgery was enriched by a three month volunteer stint in 1967 with a private hospital in Da Nang, Vietnam and numerous medical missions to the Dominican Republic in the 1970's. Like many physicians of his era, he never turned down a patient that could ill afford to pay for his services. His children remember being treated to fresh fruit and vegetables for years, offered by devoted, grateful former patients. A driven individual with boundless energy, in the operating room he was known to be decisive and focused yet gentle and kind. His reassuring bedside manner was legendary at MUSC, Roper Hospital and St. Frances Hospital, where he practiced over the years. His technical skills as a Surgeon were recognized through his role as a Clinical Professor of Surgery at MUSC, induction into the National Medical Society (AOA) and publication of some 56 professional articles in leading medical publications. In particular, he pioneered surgical techniques for treatment of cancer of the esophagus as published in The Journal of the American Medical Association (JAMA) and Annals of Surgery.

A man with a quick, agile mind, he was once interrupted late one evening while working alone at his medical office on Rutledge Avenue by an intruder armed with a switchblade knife intent on stealing medications from the dispensary. When asked by the burglar if he was alone, Harry instantly replied... "I'm here waiting on the police who are rushing in a patient requiring emergency care". The intruder sprinted off.
He also had a wry sense of humor, perhaps best exemplified by an afternoon of levity with good friends while up at Kanuga Episcopal Camp, where he served on the Board. Shortly before dinner he invited some gentlemen friends over to his cottage overlooking the lake, for libations. As he was ill equipped to serve hors d'oeuvres, Harry improvised and offered up a plate of saltine crackers covered in canned Alpo dog food as pate;. The spread was voraciously consumed and when more were requested they were promptly offered a second helping but with the can prominently displayed on the platter.
Harry was a lover of the Lowcountry and over the years sailed competitively (Southern Ocean Racing Circuit) and greatly enjoyed hunting and fly fishing with close friends and family.

His philanthropy was punctuated by his passion to preserve the South Carolina coastal community which culminated when he was one of the first to place a large tract of land into a permanent conservation easement through the Lowcountry Open Land Trust.

The family will be delighted to receive visitors at a special gathering on Saturday, May 8th between 5-7pm at the Carolina Yacht Club on East Bay Street.
A private memorial service for family is planned for later this fall.

In lieu of flowers, memorials may be sent to St. Philip's Church, 142 Church Street, Charleston, SC 29401.
To order memorial trees or send flowers to the family in memory of Dr. Henry Baker Gregorie, please visit our flower store.