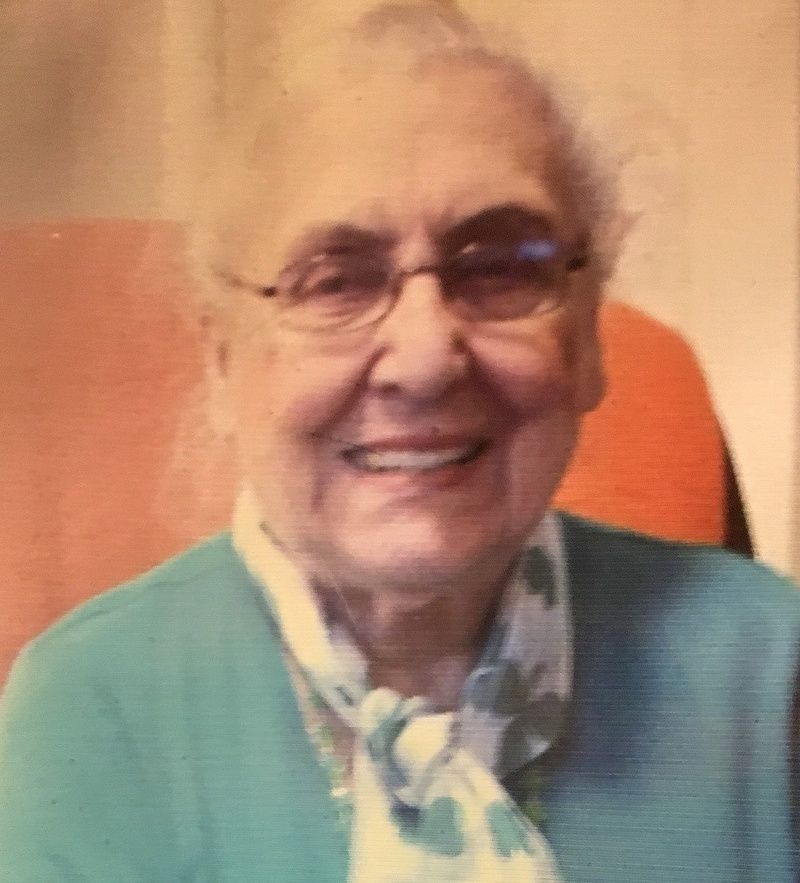 To view the funeral service please visit the following: https://www.tributeslides.com/tributes/show/ZHHRP86X5T62G93B

Dorothy was born July 6, 1929, in Charleston, SC, the daughter of the late Louis Frederick Ostendorff and Dorothy Ruth Pieper. Dorothy attended Craft School and was a graduate of Memminger High School. She attended Newberry College, the College of Charleston and Rice Business College.
After college, Dorothy married the late William T Ryan Jr (Bill) on July 22, 1950. The couple moved to Baltimore, Maryland before returning to Charleston where Bill was called up for duty in the United States Air Force.

While supporting Bills career for 22 years in the Air Force, the couple had three children. Paula Ryan, Donna Dowis (Ryan) and William Thomas Ryan III. Some of the places Dorothy lived as a wife of a military officer included Maryland, Washington DC, Virginia, Paris France, Mons, Belgium, Massachusetts, Hawaii before returning to Charleston.

Dorothy supported various volunteer activities including; a former Leader of the Girl Scouts, involved in Military Wives Club, Red Cross volunteer, President of Protestant Women of the Chapel, Docent at the Honolulu Museum of Art in Honolulu, Hawaii. Dorothy was also a Sunday School Leader and Bible School Leader.

Upon returning to the low country, following Bill's retirement from the Air Force, she continued with volunteer work including; President of the Lutheran Woman of the church at former St Andrews Lutheran Church, President of the Otranto Garden Club, Respite Care, Franke Home Auxiliary, and the Lutheran Brotherhood Volunteer program. She also was a member of the Charleston Symphony Orchestra League, Garden Club of Charleston, Memminger reunion group, and attended Sunday School and church faithfully. She worked as a guide for a local touring company and served as Treasurer for the Messiah Lutheran church Fellowship Hall project. Other interests include swimming, sewing, reading, gardening and history.

Dorothy had such a positive outlook on life. She had true love for her God, her family, her country, and her love and joy radiated to others. She will be remembered for her smile and her willingness to help others.

In lieu of flowers, memorial donations can be made to Messiah Lutheran Church, The Villages of Summerville and Lutheran Hospice.
To order memorial trees or send flowers to the family in memory of Dorothy Ostendorff Ryan, please visit our flower store.