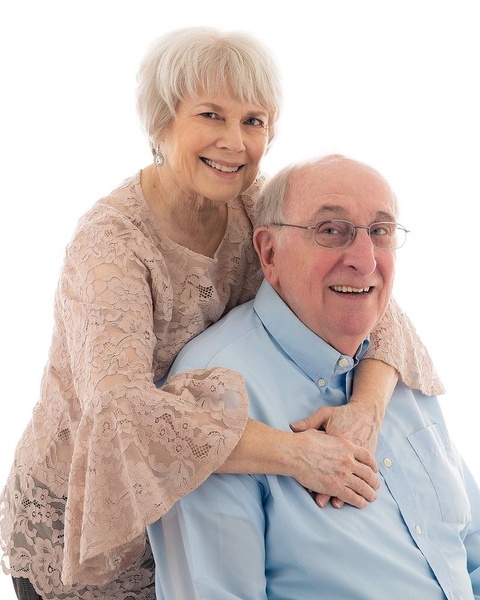 Donald "Don" Philip Frazier, of Johns Island, SC, husband of Sarah "Sally" Hart Frazier, entered into eternal rest on Wednesday, November, 10 2021, twelve days after his 82nd birthday. With God's peace and comfort, our family and friends celebrate his loving and fulfilling life.
Don was born on October 29, 1939 in Erwin, NC, son of the late Wilbert T. Frazier, Sr. and Sallie Moore Frazier. Don was orphaned at age six and he and his siblings were moved to Barium Springs Presbyterian Home for Children, which he always counted as the most positive influence on his life. There he was blessed with a Christian upbringing and many lifelong friendships.

Don graduated from St. Andrews University in 1963 and began a long career in education in McColl, SC, then moved into educational administration at several independent schools in Georgia, Delaware, and Tennessee. Retiring in 2005, his family moved to Johns Island, SC, and he worked for four more years as interim headmaster in Chicago, IL, Oxford, MS, and Greenwood, SC. Even in his retirement he continued to volunteer at Haut Gap Middle School on Johns Island, SC. Don's legacy is found in the lives he touched through his work in education; developing life-long relationships with students, families, teachers, and staff in every workplace and church.

Though he was known for his strong work ethic, Don had many loves outside of education. He loved sports (most notably Tarheels basketball, the New York Yankees, and NASCAR), reading, and cooking. He especially loved traveling with his Barium alumni brothers and spoiling his grandchildren with love, country breakfasts, and shopping trips to Carter's. And he was known to all as the ultimate host, planning countless celebrations and hosting visiting friends and family. His Low Country Boils and homemade peach ice cream will be greatly missed by many.

In addition to his wife of 53 years, Donald is survived by his daughter, Anne Elizabeth Ahrens (Jeffrey); sister, Annie Frazier Driskell (Jack); and grandchildren, Catherine, Stephanie, and Alexander Ahrens. In addition to his parents, he was preceded in death by his brother, Wilbert T. Frazier, Jr. and daughter, Sarah Frazier.
His memorial service will be held on Thursday, November 18, 2021, at the St. John's Parish Church, 3673 Maybank Highway at 11:00 am. Arrangements are by J. Henry Stuhr, Inc. West Ashley Chapel.

Memorial donations can be made in his honor to Barium Springs Cemetery Museum Fund (P.O. Box 1, Barium Springs, NC 28010) or to Woodland Presbyterian School of Memphis, TN. (www.woodlandschool.org)
To order memorial trees or send flowers to the family in memory of Donald Philip Frazier, please visit our flower store.